Former “Scrubs” producer Eric Weinberg was jailed Tuesday after bail was revoked in his sex crimes case that includes more than a dozen charges against him.

Weinberg, 62, was previously free on $5 million bail after he was arrested earlier this month on 18 felony counts in connection to the alleged sexual assault of five women in the Los Angeles area.

He pleaded not guilty to the charges Tuesday and Los Angeles County Superior Court Judge Victoria B. Wilson sided with prosecutors when they called Weinberg a potential danger to society. The judge remanded him until his next court date on Nov. 15.

Weinberg fell to a wooden bench behind him as Wilson said “the defendant has engaged in a pattern of violence towards women for over six years,” according to the Hollywood Reporter.

The outlet reported Deputy District Attorney Marlene Martinez said in a court he goes up to any young women “and uses his status as a writer-producer to manipulate these women.”

Prosecutors have said he lured the alleged victims to his home under the guise of photo shoots before allegedly assaulting them.

The crimes that he’s charged with span from 2014 to 2019, though investigators said there could be other assault victims dating back to the 1990s, Los Angeles County District Attorney George Gascon said earlier this month at a news conference.

During the arraignment Tuesday, defense attorney Philip Cohen proposed allowing his client free on bail, but without access to social media and prohibition on talking to women he doesn’t know and from going certain places, according to Hollywood Reporter.

He even suggested home arrest, but Judge Wilson shot back the “offenses occurred in the safety and privacy of his home,” the outlet reported.

Weinberg co-executive produced almost 100 “Scrubs” episodes and wrote nearly a dozen episodes of the comedy-drama, according to his IMDb profile.

He also worked on the show “Californication” as a co-executive producer and had various involvement in shows like “Anger Management” and “Politically Incorrect with Bill Maher.”

One woman said she met Weinberg at a coffee shop in 2014 when she was 22 and went back to his place for a photo shoot where she stripped to her underwear before he began the photo shoot. But during the shoot, he sexually assaulted her, including rape, the documents obtained by the LA Times alleged.

He was originally arrested in July and freed on a $3.5 million bond before he was arrested again on more expansive charges in early October, according to the Los Angeles Times.

He currently faces charges including rape, oral copulation, forcible sexual penetration, sexual battery by restraint, false imprisonment by use of violence, assault by means of force likely to cause great bodily injury, and attempted forcible penetration with a foreign object, the district attorney’s office said. 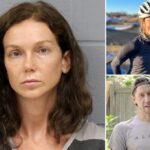 Kaitlin Armstrong attempts to get police interview tossed from trial 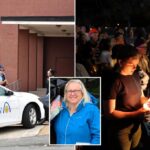