A former federal prosecutor reportedly blasted Memphis cops for not properly pursuing a rape case against a suspect who would later kidnap and kill Tennessee mom Eliza Fletcher.

Former Assistant US Attorney Neama Rahmani told Fox News the department “dropped the ball” after a woman accused Cleotha Abston Henderson of sexually assaulting her at gunpoint in September 2021 after they met on a dating site.

While that case idled, Henderson allegedly abducted Fletcher, a married mom, while she was out on a jog last month.

Her corpse was discovered several days later behind an abandoned house.

Rahmani said Memphis police had sufficient grounds to pursue an arrest in the 2021 rape case.

Henderson’s accuser, Alicia Franklin, said she met him on an app in August 2021 and that they met in front of his apartment complex for the first time the following month.

Franklin alleged that Henderson, 38, escorted her into a vacant apartment at gunpoint, blindfolded her with a T-shirt and threatened to kill her. She alleged he then forced her into a car and raped her in the backseat.

Rahmani said investigators appear to have allowed the case to go cold after a delay in the return of DNA evidence from a forensic lab.

But he told Fox they could have pursued other avenues to cinch an arrest — and that a “tragedy could have been avoided.”

Cops sent a rape kit out for analysis, but it wasn’t returned until early this September — just days after Fletcher disappeared.

A spokesperson for the Tennessee Bureau of Investigations told Fox the sample — which turned out to be a match — could have been back in just days had Memphis police asked for an expedited return.

Franklin, who has filed suit against the department, also alleged cops took no evidence from the crime scene and showed her a dated picture of Henderson that she was unable to identify.

A spokesperson for the National Police Association told Fox the agency could not have known Henderson would go on to commit the heinous slaying.

“We have the benefit of hindsight, it’s called hindsight bias. So, of course, I would imagine Memphis PD, had they been able to predict that this guy was going to go out and rape and murder someone else, they would have asked for it to be expedited,” Smith said. “But this is not the only sexual assault that I’m sure they’re dealing with.”

Henderson allegedly forced Fletcher into an SUV during her early morning run near the University of Memphis and eventually shot her in the head. 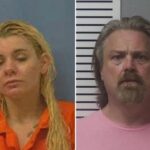