A former Playboy model was sentenced to at least 10 years in prison Tuesday after she took a plea deal in the 2019 Las Vegas beating death of a California psychiatrist.

Kelsey Turner, who reportedly appeared in Playboy Italia and Maxim, was handed a prison sentence between 10 and 25 years in a Clark County, Nevada courtroom for her role in the death of Dr. Thomas Burchard.

The doctor, who was in an intimate and “transactional” relationship with Turner, according to prosecutors, was murdered and stuffed in Turner’s car in March 2019, the Las Vegas Review-Journal reported.

She previously took an Alford plea, which is a guilty plea while maintaining innocence, to second-degree murder in November.

Prosecutors said Turner, 29, directed her boyfriend Jon Kennison to attack Burchard when the doctor visited the couple in Las Vegas, the newspaper reported.

Kennison beat the 71-year-old with a bat before the victim was stuffed in the trunk of a Mercedes-Benz that was linked to Turner, KTVN reported.

Police said Burchard traveled to Sin City to end the two-year relationship with Turner, the television station reported. He had been financially supporting her and her child, including paying her rent, according to the Las Vegas Review-Journal.

“There’s certainly room for a lot of salacious speculation as to what the nature of the relationship was,” Chief Deputy District Attorney Pamela Weckerly said in court at the sentencing hearing, according to the Review-Journal.

“I think the facts of this case demonstrate though that with regards to Ms. Turner, that this was a transactional relationship, to whatever extent.”

Turner’s defense lawyer told the newspaper she was glad her client still had a chance of a life after prison.

“I do whole heartedly disagree with the state’s recitation of the facts,” Chief Deputy Special Public Defender Ashley Sisolak said in a statement Tuesday. “I am however, glad that Kelsey will have a chance at rebuilding her life moving forward. I am also grateful for the closure for all parties.”

Kennison was sentenced in July to 18-45 years in prison after entering a guilty plea and the couple’s roommate, Diana Pena pleaded guilty to accessory to murder, but provided prosecutors with key evidence, KLAS reported. 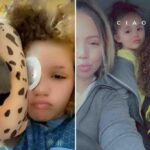 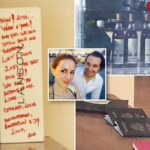