But new audio obtained by The Desk has emerged of the Emmy-nominated weatherman’s performances where he reportedly disclosed his name, address, and job description to some 700 men on the adult site Chaturbate, where he allegedly performed sex acts on himself.

In the broadcast, which was made in late December, he encouraged watchers to stop by his house for a sexual encounter, according to the news outlet.

“At this point, I’m pretty sure my first name, last name, address, has all f––g been out there, and this p—y still hasn’t been f––d,” Adame says, The Desk reported.

The Desk noted during Adame’s livestream in December, he made comments about his boss.

The weatherman also urged a viewer to give him a phrase that he promised to write across his chest, according to the video cited by the news outlet. He reportedly scrawled “Erick Sl-t Adame NY1” on his body.

“Somebody recognized him and thought they would play God and share it with his employer and his family,” Bragman told The Post last week.

Adame is seeking a court order to force the site to reveal the identity of the person who leaked the material, noting he intends to sue them but needs their real identity to do so.

The crisis manager told The Desk that various allegations about what Adame said and did during the broadcasts — including the claim that he mentioned his boss — were “partially or wholly inaccurate,” though he declined to respond to a message asking for clarification on what was inaccurate.

The Post has reached out to the LA-based Bragman of La Brea Media for comment about the latest report.

“I have to say the public response has been overwhelmingly supportive for Erick,” Bragman told Deadline. “He has received encouragement from people to apply for jobs at other stations and at least one other station that I know of offered him a job.”

Adame declined that offer, according to his rep, who said Adame had reported the weather on the local news channel for the past 15 years and loved his job.

Bragman said it was unlikely that his client would go back to Spectrum News.

“Our people have talked to their people,” the rep told Deadline. “I would characterize them as very cordial conversations. However, ultimately, I don’t think he’s necessarily going to be invited back to that party.”

A source with Spectrum News told The Post last week that the situation “is more complicated than it appears,” noting that the company worked with Adame “for months on this issue” before he was fired. 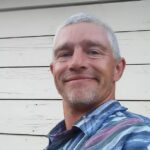 Where Is Matt Brown? What Happened 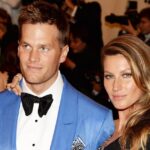