A former Minneapolis cop who helped restrain George Floyd during the victim’s highly charged police-custody death pleaded guilty to state raps in the case Monday, just as his trial was about to begin.

The development came as another involved ex-officer, Tou Thao, waived his right to a jury proceeding and will instead have his fate decided by a judge at a bench trial, prosecutors announced.

“That acknowledgment hopefully can bring comfort to Floyd’s family and bring our communities closer to a new era of accountability and justice,” Ellison said.

“We look forward to a swift resolution of Tou Thao’s stipulated bench trial,” the AG added.

Floyd’s custody death at a Minneapolis intersection May 25, 2020, inflamed racial tensions in the nation and sparked worldwide protests calling for racial justice.

Floyd, who was black, was seen on widely circulated video clips begging for air as he lay dying while a white police officer, Derek Chauvin, pressed his knee to his neck.

Kueng knelt on Floyd’s back during the confrontation, another cop, Thomas Lane, held down the victim’s legs, and Thao kept bystanders from intervening.

Chauvin was convicted of murder and manslaughter in the case April 20, 2021, and sentenced to more than 22 years in state prison. He later pleaded guilty to separate federal civil rights charges.

Kueng, Lane and Thao were convicted on federal charges in February. The disgraced officers were hit with sentences ranging from 30 months to 42 months behind bars in the federal cases.

In the state cases, Lane pleaded guilty to second-degree manslaughter in May, while Kueng and Thao were on the verge of standing trial in state court.

“It is great to bring these matters to a just conclusion,” Hennepin County Attorney Mike Freeman said in a statement Monday. “This is true for all concerned parties, including Mr. Floyd’s family, the potential witnesses and the community, as well as for public safety.” 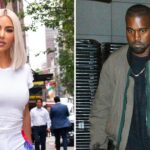 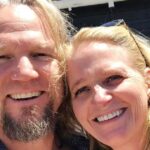 Did Christine Leave Kody to Go Back to Utah?