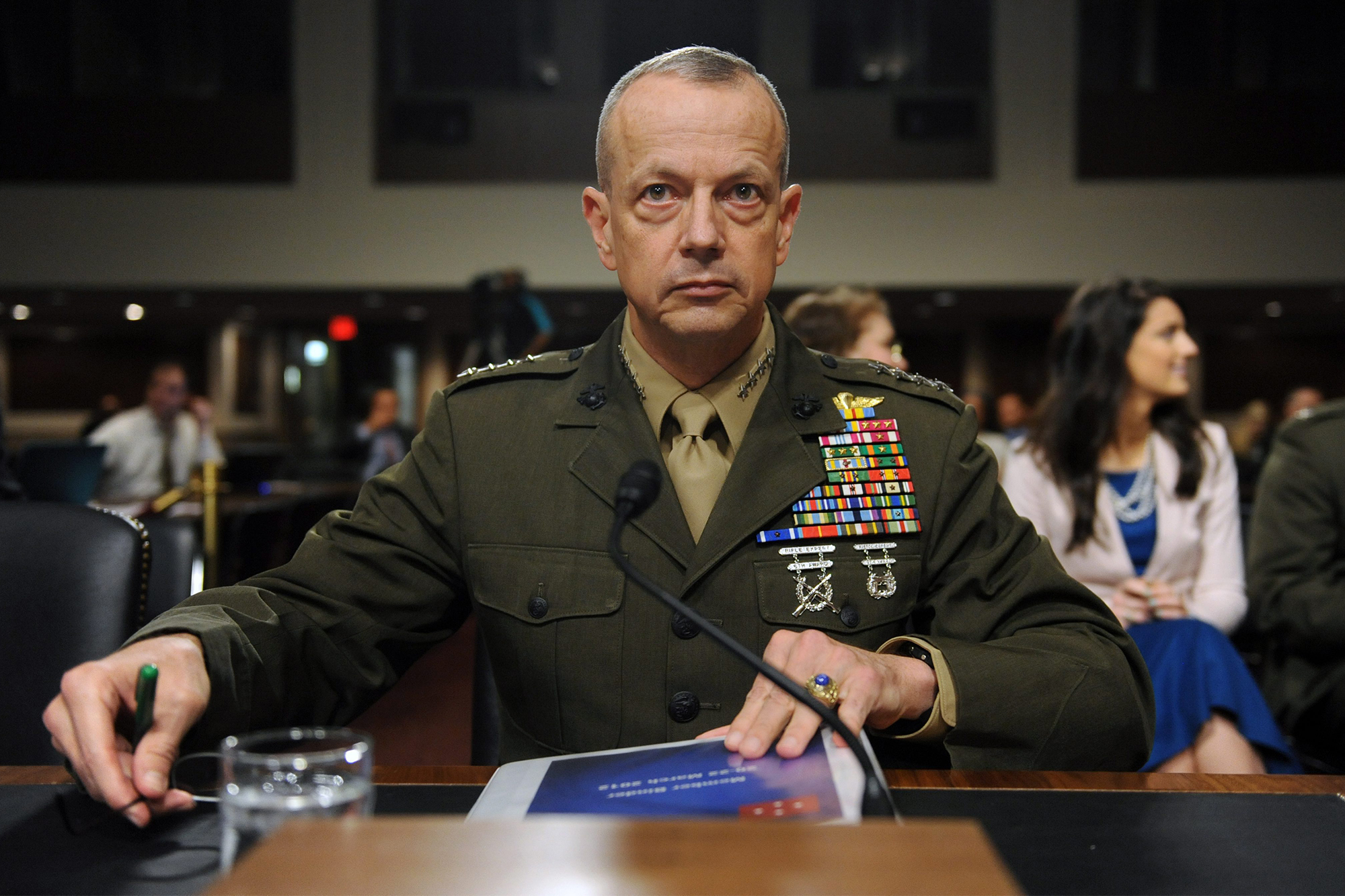 General John R. Allen has stepped down as president of the Brookings Institution after he was accused of lying and obstructing an FBI probe connected to an illegal lobbying campaign for Qatar.

The retired four-star Marine, who became Brookings president in 2017, said in his resignation letter that he leaves the research institute with a “heavy heart,” according to Responsible Statecraft.

“I know it is best for all concerned in this moment,” he said in his resignation letter that was obtained and posted by the online magazine of the Quincy Institute, which advocates for diplomacy and military restraint.

The departure comes after he was placed on leave by Brookings Wednesday following explosive allegations that he made false statements and withheld “incriminating” documents from the FBI during its investigation into whether he worked behind the scenes to influence US foreign policy in favor of the small Persian Gulf nation, according to court documents.

His electronic data was seized by the FBI as part of the investigation.

Allen allegedly lobbied US officials to help Qatar in 2017 during a diplomatic crisis between the monarchy and its neighbors while “simultaneously pursuing multi-million dollar business deals with the government of Qatar,” violating the Foreign Agents Registration Act [FARA], FBI agent Babak Adib wrote in a search warrant application, obtained by the Associated Press.

The FBI says Allen gave a “false version of events” about his work for Qatar during a 2020 interview with law enforcement officials and failed to produce relevant email messages in response to an earlier grand jury subpoena.

Allen has denied being an agent of Qatar and his spokesperson said the former general “voluntarily cooperated with the government’s investigation into this matter.”

“Gen. Allen has done nothing improper or unlawful, has never acted as an agent of Qatar or any foreign government or principal, and has never obstructed justice,” spokesperson Beau Phillips told Fox News Digital. “Through decades of public service in combat and diplomacy, General Allen has earned an unmatched, sterling reputation for honor and integrity.”

The Brookings Institution, an influential think tank, recently stopped taking Qatari funding after the wealthy country was one of Brooking’s major financial backers.

Allen, the former commander of the US and NATO forces in Afghanistan, was placed on leave June 8 by Brookings. The institution said the “integrity and objectivity of Brookings scholars and their research constitute the institution’s principal assets.”

“Brookings is not the subject of a federal investigation into a personal trip Allen took to Qatar in 2017 before he became president of the institution. Brookings receives no funds from the government of Qatar,” the institution said in a statement announcing Allen was placed on leave. “Brookings received funding from Qatar in the past to support operations for research and events. In early 2019, Brookings decided it would not renew funding from the country and would close its Brookings Doha Center, established in 2007. The decision to close the Brookings Doha Center was concurrent with the decision to transition all of Brookings’s foreign centers.”

Allen was thanked for his “leadership in successfully guiding the institution during the pandemic,  as well as his many years of service and sacrifice for our country,” in the note.

Allen’s resignation letter, obtained by Responsible Statecraft, doesn’t directly address the swirling allegations, but he does note in it his service to the US.

“I spent forty-five years in dedicated service to the American people and United States, serving our country and our precious citizens in peace, crisis, and war,” he wrote. “I did so with the greatest sense of humility and pride in having been part of something greater than myself.”

The columns of STOA 169 in Polling, Germany

Are Kylen and Jason Still Together? Update