Where is Kanye West?

Wild rumors are swirling that the artist now known as Ye is “missing” – as his ex-business manager tries to serve him with a $4.5 million lawsuit, The US Sun reports.

Thomas St. John, who is suing the erratic “Gold Digger” rapper and his company Yeezy over alleged unpaid fees, told a court that he has also been unable to find a proper address for Ye.

The rumors about the 45-year-old mogul’s whereabouts began to spread after a tweet sent by Daily Loud, who wrote: “Kanye West has reportedly been missing and unable to find [sic] for weeks according to his ex-business manager.”

According to documents obtained by the news outlet, St. John on Dec. 19 sought an extension until the end of March to serve the lawsuit.

“We were advised about a new law firm for defendants, but not a specific point of contact,” the court filing cited by The US Sun states.

“We subsequently learned of information in the news that the law firm identified as new counsel was not affiliated with the defendants. Accordingly, we have not been able to serve defendants through their counsel,” the document reportedly says.

“As a general matter, we have had difficulty confirming the best current address of Kanye West,” it continues.

“For Mr. West, despite our diligent efforts, we were unable to ascertain his current residential address, and therefore, have not yet made attempts to serve him personally. Instead, we have attempted to service him by mail at multiple possible addresses,” the filing adds, according to the outlet.

St. John tried unsuccessfully to serve the rapper at his California homes in Hidden Hills, Malibu and Calabasas, The US Sun reports, citing the docs.

“We will continue to make diligent and reasonable attempts to serve defendants,” including hiring “appropriate agencies” to help track the elusive artist down.

St. John claims he was not paid for the 18-month guaranteed term working for Ye, though he only worked for three months and was supposed to get paid $300,000 for each of them, according to the report.

In January 2022, Ye allegedly became “heated and aggressive” and “screamed” at St. John, saying he didn’t want to work with him any longer, the complaint states.

“When confronted by the 18-month commitment that had just been made, Mr. West stated words to the effect of ‘The 18-month term was bull— and ‘You’re insane for even thinking I would stick to it,’” the lawsuit alleges.

Neither Kanye nor his rep have responded to the outlet’s request for comment about the legal filing.

Ye was last seen publicly on Dec. 18, when he was snapped taking two of his kids to church, according to The US Sun.

The rapper has been embroiled in controversy of late for unleashing a bizarre anti-Semitic tirade on social media. He also praised Adolf Hitler during an unhinged appearance with Infowars host and conspiracy theorist Alex Jones.

“I see good things about Hitler, also, Every human being has value that they brought to the table, especially Hitler,” he said.

The recent negative publicity has cost him lucrative partnerships with top brands including Adidas and Gap.

Ye’s terminated partnerships have cut his net worth from about  $2 billion to $400 million, according to Forbes. 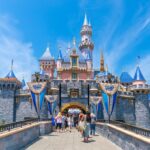 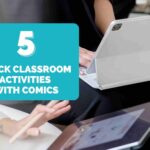