This art imitated life a little too much.

Cops in London broke into the art gallery of Banksy’s former agent when they mistook a hyper-realistic statue inside for an unconscious woman.

Police rushed to Laz Emporium on Nov. 25 after a person called and said someone inside appeared to be suffering a medical emergency, according to Artnet.

That “person” turned out to be “Kristina,” a sculpture made this year by artist Mark Jenkins of a woman sitting in a chair passed out with her head on a desk. The piece had been commissioned by the gallery’s owner and Banksy’s former agent, Steve Lazarides.

Cops broke into the locked gallery by taking the door off its hinges — only to discover they were there to rescue a piece of art, Artnet said.

Gallery employee Hannah Blakemore was upstairs at the time and said she was shocked when she walked downstairs and saw the cops.

Blakemore told Artnet that police said “somebody reported that the woman here has not been moving for the last two hours” and that authorities thought the person had “a heart attack or she’s overdosed.

“The work is to provoke, and it’s definitely achieving that,” Blakemore said, adding that cops chided her for having such a life-like statue visible from the window.

It’s apparently the second time someone has called authorities out of concern after seeing it.

The statue is not for sale but has a value of around $22,065, according to the report. 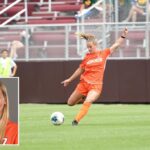 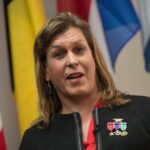