A former Arkansas district court judge was arrested by FBI agents Thursday, accused of soliciting sex from a defendant’s girlfriend in exchange for moving his criminal case along, the feds said.

Thomas Carruth, 63, of Clarendon, was taken into custody in Little Rock and charged with nine counts, including wire fraud, bribery and obstruction of justice, punishable by decades in prison.

According to court documents, Carruth was an elected judge of the Monroe County district court when in April 2022 he allegedly sought sex from a woman as part of a quid-pro-quo arrangement to expedite her boyfriend’s trial date.

Carruth then allegedly lied to FBI agents when questioned about the incident.

If convicted, the ex-judge faces up to 20 years in prison on the top counts.

The Arkansas Judicial Discipline and Disability Commission confirmed in a statement that Carruth’s home was raided by the FBI in June and that he resigned from his part-time judicial position in August so he could run for another public office.

The commission said it is investigating two complaints related to the FBI probe that were brought against Carruth.

In an interview with KARK-TV a day after the raid on his home last summer, Carruth claimed that he was the victim of a blackmail attempt.

Carruth said at the time that a woman “made a false accusation” against him, and that she would “do anything” to get her boyfriend out of jail.

According to the judge, he immediately contacted the Arkansas State Police and the FBI to report the blackmail attempt.

“I’ve done everything I’m supposed to do,” Carruth told KARK. “When someone tried getting me to do something, I contacted authorities.”

The woman, referred to as Jane Doe in a complaint filed in the US District Court for the Eastern District of Arkansas, claimed that Carruth had a meeting with her and offered to free her jailed boyfriend if she agreed to have sex with him, but she turned him down, reported the Northwest Arkansas Democrat Gazette.

Doe filed a lawsuit in late August against Carruth, accusing him of defamation. 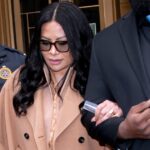 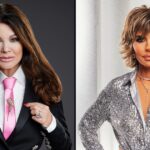