In the meme shared by Ethan via Instagram on Friday, September 30, his mother is shown leisurely paddling in a kayak on a river. “Hey Kimberly, how’s homeschooling going?” the meme read before showing the mom of seven hastily turning the boat around.

While Ethan humorously captioned the post, “The internet is something else yet sometimes accurate,” many TLC viewers took to the comment section to call out the apparent shade toward the matriarch.

“What is this? Kim needs ‘me time’ after realizing that her children know absolutely NOTHING?” the comment read. “Because her home ‘schooling’ didn’t include anything that a normal American high schooler would have learned?”

However, others were quick to come to Kim’s defense. “One day you might look back and realize that your parents really did try to give you a better life,” another comment read. “We, as parents, all fall short but it’s never because we want to … I think your parents raised some very kind and loving children with beautiful hearts.”

Ethan and his wife, Olivia Plath, have been feuding with Kim and Ethan’s father, Barry Plath, since season 1 of the franchise which premiered in November 2019. The pair got married six months prior to appearing on the reality TV series and Olivia had opened Ethan’s world to things his parents’ strict rules forbade, such as going to movies in a theater, soda and watching TV shows.

“Obviously, we’re our own family and we’re gonna do things the way we choose to do ’em and we allow a lot of different things in our home that his parents wouldn’t and that’s just a personal choice,” Olivia explained during a confessional in season 1. “When we got married and we moved in here, we had alcohol in the home — that was a big source of tension. We’d want to go out for ice cream and that would create conflict because it would be like, ‘Well, you shouldn’t be eating sugar.’ And we’d be like, ‘Well, we’re adults. We can make that decision ourselves.’”

Tension only escalated in season 2 between the couple and his parents as Barry and Kim as his parents worried the newlyweds’ lax lifestyle would negatively influence their younger children — which ultimately led to them getting banned from spending time with his siblings.

Kim and Barry became estranged during season 3 and ultimately divorced, which added a layer of drama to season 4. After Ethan mended things with his father, he put all his issues with his mother on the table – including the way they were homeschooled growing up.

“I feel like in many ways, you were extremely relaxed as far as the amount of effort you put into schooling kids,” he shared during an August 2022 episode. “I’ve felt that way literally since I was 13, I felt behind in life, like couldn’t compete with people that were in my age group as far as academics.”

While Kim argued that her plan was to assist her children in finding their passions in life, Ethan insisted that he should have been offered more guidance and structure as a child. 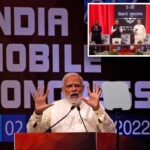 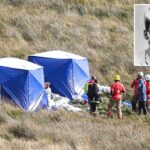