The Michigan high school shooter accused of killing four of his classmates and injuring seven others is expected to plead guilty to murder next week, prosecutors revealed Friday.

“We can confirm that the shooter is expected to plead guilty to all 24 charges, including terrorism, and the prosecutor has notified the victims,” David Williams, chief assistant prosecutor in Oakland County, said.

He was charged as an adult with one count of terrorism causing death, four counts of first-degree murder, seven counts of attempted murder and 12 counts related to use of a gun.

Just hours before the bloodshed unfolded, the teen’s parents had been summoned to the school to discuss his ominous writings and images of violence created during a classroom assignment.

His teacher had found a drawing with a gun pointing at the words: “The thoughts won’t stop. Help me.” There was also an image of a bullet with the message: “Blood everywhere.”

Investigators said Crumbley’s parents, James and Jennifer Crumbley, declined to take him home from school but they were asked to seek counseling for him within 48 hours.

Authorities have accused the teen’s parents of bearing some responsibility for the massacre because they allegedly ignored their son’s mental health needs and gifted him a gun in the days before the attack.

His parents, who say they were unaware of their son’s plans, are facing involuntary manslaughter charges.

“Put simply, they created an environment in which their son’s violent tendencies flourished. They were aware their son was troubled, and then they bought him a gun,” prosecutors said in a court filing.

Disturbing details emerged in the wake of the shooting about Crumbley’s alleged desires to rape a female classmate and how he idolized cannibal killer Jeffrey Dahmer.

“In text threads with his friend, and his journal, he outlines plans to stalk, rape, torture and ultimately kill a female classmate,” Oakland County Assistant Prosecutor Markeisha Washington said during a hearing earlier this year.

“He expressed delight in torturing a family of baby birds, and he wrote about the joy of listening to them squeal as he killed them.”

She added that the teen admired Dahmer because “when you die, you need to be remembered for a long time.”

Prosecutors also pointed to portions of his personal journal, including entries in which he said his parents hated each other and had no money.

“This just furthers my desire to shoot up the school or do something else,” he wrote.

Crumbley and his parents are currently all being held at the Oakland County jail. 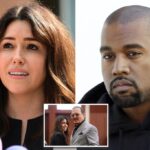 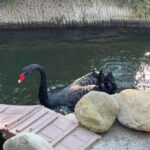