James Brennand was charged with two counts of aggravated assault by a public servant, a felony, following an investigation into the shooting that occurred earlier this month, according to local reports. He was fired on Oct. 4, just two days after the incident.

Cantu was eating a hamburger inside his car earlier this month when Brennand approached and shot at it as the jolted teen fled, authorities said.

The ex-officer turned himself in to authorities, San Antonio Police Chief Bill McManus said during a news briefing.

“Someone questioned our training and our policies and my response was this was a failure for one individual police officer, had nothing to do with our policies,” he said.

Cantu’s family, through their attorney, told Fox News the young man is on life support as his condition is still touch-and-go.

“At this time, there is no improvement in his condition. He is still unconscious and is on life support,” the family said. “The last two days have been difficult and we expect more difficulty ahead, but we remain hopeful.

“We’d like to correct any misrepresentations that Erik is in ‘stable condition’ or he is ‘going to be fine.’ That is not true. Every breath is a struggle for Erik.

“We ask for everyone’s continued prayers for our son.”

McManus warned the charges against the officer could change if Cantu ends up dead.

The next step would be to bring the case to the local district attorney’s office to present in front of a grand jury, he said.

Brennand was in the parking lot originally responding to an unrelated disturbance when he spotted Cantu’s car, which he believed evaded him a day earlier, said police training commander Alyssa Campos last Wednesday.

The rookie cop, who was on the force for less than a year, violated training and police procedures after he walked up to Cantu’s car on Oct. 2, Campos said.

He ordered the teen out of the car after he suddenly opened the driver’s side door before backup officers arrived, Campos said.

Cantu and an unharmed passenger stopped nearby before police found them.

Originally Cantu was charged in connection to the incident, but the local district attorney’s office quickly dropped that case. 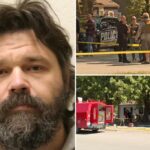 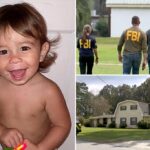