An Election Day loss for Gov. Hochul might be a win for Mayor Adams.

Adams is actively campaigning for Hochul and not openly supporting her GOP rival Rep. Lee Zeldin, but multiple insiders told The Post that the mayor sees more opportunity to advance his initiatives on crime and public safety if the Republican wins the neck-and-neck governor’s race on Tuesday.

“He doesn’t even have to lobby the Republicans. They are all on his side when it comes to crime and bail reform, NYPD and all this stuff,” said one close Adams ally. “The two or three times he went up to Albany he had no issues with the Republicans. They’re all with him. The only issues he has are with these people who want to defund to the police.”

The insider added that Adams had a good working relationship with GOPer Zeldin after their time together in the state Senate.

Hochul’s people “are pressuring him that he should do more [campaigning]. “If this [story] comes out, they are going to make him [campaign more]” the insider lamented.

A second longtime Democrat with ties to the mayor noted that “Zeldin would give [Adams] more free rein in New York City from a leadership perspective and they would be able to tag team the far left together.

“Eric Adams and his inside City Hall leadership team . . . wouldn’t be upset with a Zeldin win because it will help the mayor in changing bail reform in the next legislative session. Hochul can’t do that right now because she has to deal with the left in the state legislature on an almost daily basis.”

A third source, a longtime City Council insider with ties to the mayor, said “Many of [Adams’ people] are pulling for Lee Zeldin, because they agree with him on a number of issues.

“There’s even a few Council members who are Democrats and privately snicker that they will be voting for Zeldin — some of whom have endorsed Hochul. I would swear on a bible on this.”

Publicly Adams has tried to cast himself as a team player, offering an endorsement of Hochul in June and campaigning with her last Sunday in Queens and on other occasions. He’s also attacked Zeldin, going after his gun-rights record in an Aug 3. press conference.

Adams was scheduled to be with Hochul again Saturday campaigning in Brooklyn — an event Adams notably kept off his public schedule.

“Mayor Adams strongly supports Governor Hochul to continue to lead this state because her partnership has led to a drop in murders and shootings, as well as critical tax breaks and childcare for working people—and that partnership will continue to produce real results for city residents,” a mayoral spokesman told The Post.

But a Zeldin insider said, “Their relationship is pretty personal. It’s not on the staff level at all.”

The GOP operative said Adams would likely welcome their promise to suspend the state’s bail reform law through an executive order, given Adams’ previous failed effort to get an emergency legislative session to deal with the state’s spiraling crime.

In public remarks, Zeldin has lavished praise on the mayor — a former NYPD captain and ex-Republican.

“I think he’s an important ally in the efforts to overhaul cashless bail in New York. He is not getting the support he needs to be able to save this city,” Zeldin told The Post in September. “I believe the story that will be written in 2023 is about how Governor Zeldin is working with Mayor Adams to save the city.”

“One of my first calls Wednesday morning will be to Mayor Adams,” Zeldin told The Post.

Though Adams was elected in part on a promise to clean up Gotham, his hands have been frequently tied by circumstances outside his control. In addition to bail reform, which can only be fixed in Albany, the mayor has had to contend with woke, soft-on-crime district attorneys such as Alvin Bragg, who has habitually refused to prosecute violent criminals. Hochul has so far stood behind Bragg, while Zeldin has promised to use his constitutional authority to oust him on day one. 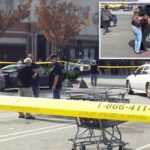 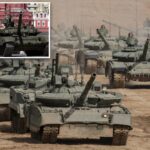 US and Netherlands paying to refurbish Soviet tanks for Ukraine