Mayor Eric Adams is heading to El Paso, Texas this weekend to witness first hand the southern border crisis whose economic hit to the city he now says will be double the $1 billion he had projected.

“Our price tag could be anywhere from $1.5 to $2 billion. That’s the price tag that we are facing,” Adams revealed Friday during a Caribbean Power Jam Radio interview.

The new double-trouble estimate for New York City is also twice as much as the mayor has previously asked the Joe Biden administration to fork over to help pay for the burden on New Yorkers.

“We have to ask ourselves, where we [were] already dealing with a potential $5, $6 billion budget deficit in the outyears. Where does that money come from?” said Adams, a day after he announced cuts to just about every city agency.

“That money comes from our schools. It comes from our public safety, our hospitals, our infrastructure, our ACS services, those are our tax dollars that it’s coming from and we got to see an impact in every service we have in the city,” said Adams.

“And that is just inhumane on the part of the national government. And I really believe it’s irresponsible, that we have not had a real national response to what’s happening at our border,” he added.

City Hall revealed on Friday that Adams will travel to El Paso, Texas, on Saturday and make multiple stops along the southern border.

The mayor will head back to New York City on Sunday night.

Adams called on Gov. Kathy Hochul – who failed to mention the migrant crisis in her “State of the State” speech Tuesday – to immediately take 500 migrants off his hands on Friday as New York City’s shelter system reaches “its breaking point.”

“We are at our breaking point. Based off our projections, we anticipate being unable to continue sheltering arriving asylum seekers on our own,” Adams said.

Adams acknowledged that the ask was “reserved only for dire emergencies.”

As the city grapples with the migrant crisis, Adams‘ administration has been forced to shell out $275 million in a contract with the Hotel Association of New York City to house at least 5,000 migrants as waves of asylum seekers continue to land in the city from the southern border.

The “emergency” agreement between the city Department of Homeless Services and the Hotel Association puts the city on the hook for as much as $55,000 per migrant that lands in town. 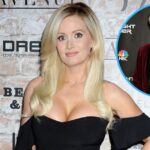 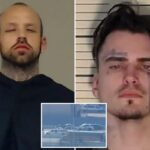