Hours after Abdallah Al-Saii spilled gasoline over the floors of his hometown bank, and threatened to use his lighter to burn it down unless he got his cash, he was hailed as “al batal,” Arabic for hero.

“They stole my money and I wanted it back,” he told The Post Wednesday in an interview from his home in Kefraya, a village in the West Beqaa District of Lebanon, about 50 miles southeast of Beirut. “I had $400,000 deposited at the bank, but since 2019, they would only allow me to take out $200 a month.”

Al-Saii said the cash had come from the 2018 sale of a family property in West Beqaa, a valley studded with vineyards and farms.

Deposits have been frozen in Lebanon since the collapse of the country’s economy in 2019 — a situation caused by years of corruption, waste and mismanagement, economists say. The spiraling financial crisis has plunged 80 percent of the country into poverty and seen the local currency lose 95 percent of its value — a situation the World Bank recently called the worst financial crisis since the nineteenth century.

Disgruntled depositors holding up banks in order to retrieve their own money have now become regular occurrences throughout the country, according to reports — with Al-Saii among the first. But hardly the last. Earlier this month, an armed woman held up a bank in Beirut, walking away with $13,000 of her own money.

Al-Saii, 38, retrieved $50,000 of his own money after a tense, three-hour standoff with police and managers at a branch of Lebanon’s BACC bank in Kefraya in January. Immediately afterwards, his photo was splashed across newspapers and TV screens in Lebanon, and social media posts hailed him as a hero.

The father-of-two, who lives between Lebanon and his wife’s native Colombia, said he lost money on a car wash he tried to set up in the South American country because he could not access his deposits when Lebanon’s economy collapsed.

“I had a few bills left to pay to suppliers, but I couldn’t get my money out, and the whole thing fell through,” he said.

The only way to secure his cash was through bank checks that charged more than 20 percent in fees to cash, he said. After losing much of his initial $400,000 deposit to those fees, Al-Saii, who runs a mini-market selling groceries and wine, said he was determined to get what belonged to him in full.

Earlier this year, he went to the bank and spoke to the manager who said it was impossible to extract the total remaining amount — around $50,000. The next day, January 17, Al-Saii said he decided to take action. He made coffee and went to the cemetery to say a prayer over his mother’s grave before heading to a nearby gas station with his father.

“I bought two bottles of gasoline and I went to the entrance of the bank,” he told The Post, adding that he almost lost his nerve when he spied some children who’d walked into the building with their mothers.

“I thought I wouldn’t be able to do anything when I saw those children, but when they left I followed the bank manager into an office and I asked for my money,” he said, adding that he brandished the canisters of gasoline and a lighter.

Al-Saii said the manager offered to cut him a check for the equivalent of $10,000, but when he refused, the manager said he needed to call his superiors.

“I told them ‘call whoever you want, you can call God if you want, but I am not going to leave here until I get my money,’” he said.

Negotiations soon involved six bank employees and security, who called police. Authorities surrounded the building, and called his brother who works for the Lebanese equivalent of the FBI to help with negotiations.

Al-Saii said he was unmoved. “I had nothing to do with the police,” he said. “All I wanted was what belonged to me.”

When he overheard bank managers speaking to his brother and trying to arrange his arrest, he began to scream. Then, he said he began spilling the gasoline in the manager’s office. “I told them I would light up the bank and we would all die,” he said.

The bankers finally pulled out what they called their “strong box” and handed him $50,000 in cash. Al-Saii demanded a receipt, and called his wife, who had no idea that he was holding up the bank, and asked her to drive to the building with a friend, he said.

After he handed the cash to his shocked wife, Al-Saii was arrested. He spent 17 days in prison before he was released and now — as Lebanon’s economy continues to crash and copy-cat “heists” are becoming commonplace — Al-Saii is applying for asylum in the US.

He told The Post he wants a safe place to raise his two children, who are seven and four years old.

“I did what I had to do,” he said. “I don’t think I did anything wrong. I did it all because I was robbed by the government. Everyone called me a hero — the strongest of the strong.” 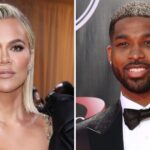 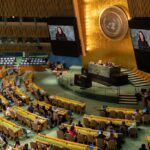