Emily, 31, and Pete, 28, continued to fuel dating speculation when they were spotted on a date night in New York City on Wednesday, November 16, in a video obtained by TMZ.

The evening began with Pete trying to pick up Emily at her West Village apartment, though the Saturday Night Live alum left when paparazzi showed up. The model eventually ordered a rideshare to meet up with Pete, where the pair spent time together in Brooklyn.

Emily and Pete’s date night concluded with the duo sharing a warm hug before the My Body author headed home.

The pair first sparked dating rumors over the weekend after fans witnessed Emily and Pete cozying up while out in Brooklyn. At the time, an insider told Life & Style that the Gone Girl alum is “definitely into” the comedian.

“They were spotted having a romantic dinner together,” the source shared, referring to the outing. “They met up through mutual friends since they travel in the same circles in New York.”

Just days after news of their romance broke, Emily subtly reacted to the speculation by liking a Twitter post about Pete on November 14. “I will be dating Pete Davidson next,” Dionne Warwick wrote, with eagle-eyed fans noticing the mother of one liked the post.

The new romance comes after Emily’s split from her estranged husband, Sebastian Bear-McClard. The Inamorata founder filed for divorce from Sebastian after four years of marriage on September 8, according to online court records obtained by In Touch. While she hasn’t publicly revealed the reason for their breakup, the Uncut Gems producer allegedly cheated on Emily “multiple times,” a source revealed to In Touch in August.

The former couple welcomed their only child, son Sylvester, in March 2021.

“I feel all the emotions,” Emily said while breaking her silence on the split during an interview with Harper’s Bazaar in October. “I feel anger, sadness. I feel excitement. I feel joy. I feel levity. Every day is different.”

She added, “The only good thing I know is that I’m feeling all those things, which is nice because it makes me believe that I’ll be OK.”

Meanwhile, Pete has had several public romances over the years. The King of Staten Island star was most recently in a relationship with Kim Kardashian after they met on the set of SNL in October 2021. They “amicably split” in August after nine months of dating, multiple sources confirmed to In Touch at the time. 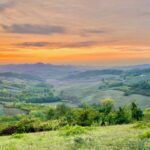 Places to visit in Monferrato, Piedmont 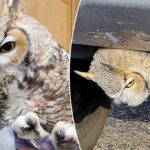