Twitter boss Elon Musk told the company’s founder that “everything we find” about the suppression of free speech on the social media website “will be released” — but warned that some incriminating evidence might have been destroyed.

In an online exchange with Jack Dorsey, Musk also said the former CEO had been kept in the dark by underlings who schemed behind his back.

“Most important data was hidden (from you too) and some may have been deleted, but everything we find will be released,” the world’s richest man tweeted Wednesday.

Musk’s pledge came after Dorsey responded to the ongoing delay in the publication of the second batch of the “Twitter Files.”

But instead, he followed up Sunday with followed up with a tweet that said, “Looks like we will need another day or so.”

Taibbi, a former Rolling Stone writer, has said the next installment would be released by fellow independent journalist Bari Weiss, formerly of The New York Times.

On Wednesday, Dorsey tweeted at Musk and questioned why he’s using reporters to filter the information he’s uncovered.

“If the goal is transparency to build trust, why not just release everything without filter and let people judge for themselves? Including all discussions around current and future actions? Make everything public now,” Dorsey said.

Musk said Baker was canned over his “possible role in suppression of information important to the public dialogue.”

Taibbi also tweeted Tuesday that Baker was behind the roughly 90-minute delay in releasing his “Twitter Files” tweets on Friday.

Taibbi said Backer had been “vetting” the underlying material “without knowledge of new management.”

Taibbi also said Weiss uncovered Baker’s involvement when she learned “that the person in charge of releasing the files was someone named Jim.

“When she called to ask ‘Jim’s’ last name, the answer came back: ‘Jim Baker,’” Taibbi wrote. 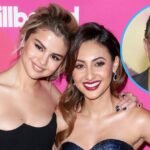 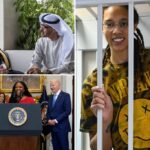