Elon Musk said he’ll only allow paying Twitter Blue subscribers to vote in future polls about how his $44 billion social media giant is run — as he speculated that a deep-state “bot army” might have been behind the results of one calling for him to step down.

More than 24 hours after the poll closed early Monday, Musk, 51, had yet to directly address the vote calling for him to “step down as head of Twitter,” having earlier vowed to “abide by the results of this poll.”

However, he replied to a number of tweets suggesting that the result had been unfairly swayed by bots, calling the theory “interesting.”

Notorious internet entrepreneur Kim Dotcom told Musk that it had been “unwise to run a poll like this when you are now deep state enemy #1.”

“They have the biggest bot army on Twitter,” he wrote.

“Let’s clean up and then run this poll again,” Dotcom tweeted, saying he hoped the poll was really “a honeypot to catch all the deep state bots” and “kill them all in one go.”

“Interesting,” Musk replied, the same response he gave when someone else asked: “Did bots brigade the Elon poll yesterday?”

The Tesla mogul later agreed to a policy change when a user told him that “blue subscribers should be the only ones that can vote in policy-related polls. We actually have skin in the game.”

The Twitter Blue subscription — costing $8 a month for the key verification checkmark — was one of the moves sparking outrage among some users after Musk bought the platform in late October.

Musk did not suggest that the fear over bots would lead him to challenge the decision that he’d promised to abide by. More than 17.5 million users had voted, with 57.5% calling for him to step down.

His silence meant it was not immediately clear when he would step down — a move that could be delayed by his announcement that “there is no successor.” 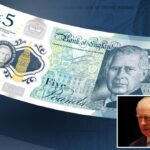 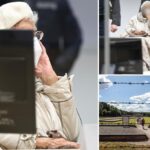