Elon Musk is asking everyday Twitter users if he should step down as head of the social media company in the latest bizarre move since he purchased the platform in October.

The billionaire posted a poll to Twitter Sunday night asking “Should I step down as head of Twitter?” with a “yes” and “no” option.

“I will abide by the results of this poll,” he added.

“Yes” votes were beating the “no’s” — accounting for nearly 58% of votes about an hour after he tweeted the poll to his 122 million followers.

“As the saying goes, be careful what you wish, as you might get it,” Musk added in a second, ominous tweet.

Musk took over as CEO of Twitter after ousting the former CEO Parag Agrawal shortly after he acquired the social media giant for $44 billion in October.

At the time, he reportedly planned to remain CEO in the interim while looking to hire a full-time replacement — eventually stepping aside.

The Tesla CEO has stirred a number of controversies since taking the helm of the social media company. Musk has enacted massive layoffs, suspended journalist accounts and even skipped paying rent of Twitter’s San Francisco headquarters. 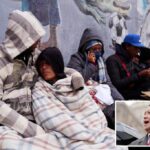 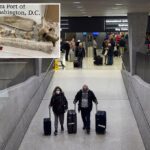