Elon Musk shot back at Rep. Alexandria Ocasio-Cortez after she criticized his decision to charge verified Twitter users — telling her to “pay” up.

Musk’s comment directed at Ocasio-Cortez was his latest response to a long list of complaints from verified users over Twitter’s new policy to institute an $8 a month fee for users with blue check marks.

“Lmao at a billionaire earnestly trying to sell people on the idea that ‘free speech’ is actually a $8/mo subscription plan,” Ocasio-Cortez tweeted Tuesday night.

“Your feedback is appreciated, now pay $8,” Musk retorted in a short, but fiery tweet Wednesday evening.

Twitter’s new “Chief Twit” — whose bio now reads “Twitter Complaint Hotline Operator” — later tweeted a screenshot of a sweatshirt from Ocasio-Cortez’s merchandise line with the price of $58 circled alongside a thinking face emoji.

The billionaire announced earlier Tuesday that Twitter will begin charging the fee for its “Twitter Blue” premium subscription service which will be expanded to offer more features including verification.

“Twitter’s current lords & peasants system for who has or doesn’t have a blue checkmark is bulls–t,” Musk announced in a tweet. “Power to the people! Blue for $8/month.”

The cost of the subscription will be adjusted per country and will include additional features like the ability to post long videos and audio; priority in replies, mentions and search; a paywall bypass for willing publications and half as many ads, the new Twitter owner and CEO said.

“If that gets instituted, I’m gone like Enron,” the novelist added, referring to the infamous energy company that went belly up in the early 2000s.

Musk bargained with King in the replies, offering the lower price.

“We need to pay the bills somehow!” Musk wrote. “Twitter cannot rely entirely on advertisers. How about $8?”

However, many with blue check marks were still disgruntled by the new cost.

“To all complainers, please continue complaining, but it will cost $8,” Musk said in another tweet Wednesday. 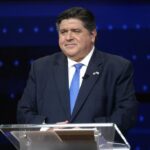 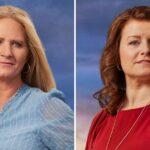