Twitter CEO Elon Musk invited a Stanford professor to the social media giant’s headquarters on Saturday to begin looking at why the old regime acted so “imperiously” and placed the epidemiologist on a blacklist for arguing Covid lockdowns would harm children.

Stanford University professor of medicine, Dr. Jay Bhattacharya was one of many on the platform’s “blacklist,” according to the second installment of the Twitter Files, which was released on Dec. 8 by The Free Press reporter Bari Weiss.

On Sunday, Bhattacharya tweeted that he spent Saturday at Twitter headquarters after receiving an invite from Musk.

Bhattacharya explained that this was an opportunity to find out more about the blacklist he was placed on.

“Twitter 1.0 placed me on the blacklist on the first day I joined in August 2021,” the professor tweeted. “I think it was my pinned tweet linking to the @gbdeclaration that triggered the blacklist based on unspecified complaints Twitter received.”

The @gbdeclaration refers to the Great Barrington Declaration, which according to the declaration’s website, was written from a global public health and humanitarian perspective with special concerns about how the current Covid-19 strategies were forcing children, the working class, and poor to carry the heaviest burden.

The declaration was written by Bhattacharya, Sunetra Gupta and Martin Kulldorff and signed on Oct. 4, 2021. It was released to the public the next day.

Bhattacharya said he and Kulldorff sought verification from Twitter 1.0, but they were rejected because they were not notable enough.

“They should have asked Francis Collins – he would have vouched for our standing as ‘fringe epidemiologists,’” Bhattacharya said. “It will take some time to find out more about what led Twitter 1.0 to act so imperiously, but I am grateful to @elonmusk, who has promised to help find out. I will report the results on Twitter 2.0, where transparency and free speech rule.” 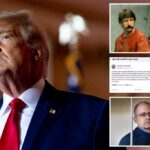 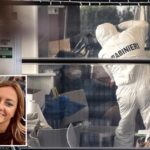