Big brood! 90 Day Fiancé: Happily Ever After? star Elizabeth “Libby” Potthast has a little family of her own with husband Andrei Castravet, their daughter Eleanor and newborn son Winston, and she’s also got a close-knit immediate family as well. And while Libby’s father and siblings initially didn’t approve of Andrei, the family drama only continues to escalate on the hit TLC reality TV series. Keep scrolling below to find out more about Libby’s family.

Libby met Andrei while on vacation to Ireland, where the Moldova native was working as a bouncer. They fell in love and they documented their journey on several seasons of 90 Day Fiancé.

Do Elizabeth and Andrei Have Kids?

Shortly after tying the knot, the couple learned they were expecting baby No. 1 together. They welcomed Eleanor in January 2019. The TLC alums added another member to their family, a son named Winston Leo, on October 7, 2022.

Libby is very close with her dad, which is why she’s often caught in the middle between Chuck and Andrei. Her father was immediately suspicious about the Moldova native‘s intentions for marrying his daughter and felt he was using her for a green card.

However, since their initial TLC days, Chuck has grown closer to his son-in-law and has even gone on to mentor him in real estate. Chuck’s budding relationship with Andrei has only created tension between the Potthast siblings and their sister’s husband.

While he hadn’t been featured much on previous seasons, Charlie made his debut on season 5 of 90 Day Fiancé: Happily Ever After? and definitely brought the drama. In one episode, Charlie almost came to blows with his brother-in-law while visiting Moldova for Libby and Andrei’s second wedding ceremony.

In season 6, the dad of four brought tensions to another level following a family barbecue that ended in a physical fight between him and Andrei. When the Potthast family returned for season 7, Andrei revealed he hadn’t spoken with Charlie since the season 6 tell-all.

Who Is Elizabeth’s Sister-In-Law, Megan Potthast?

Even though Megan is not a Potthast sister by blood, the ladies are extremely close with their sister-in-law. Megan is married to Charlie, and much like the rest of Libby’s family members, she does not approve of Andrei.

Becky was one of the first members of Libby’s family to be vocal about her disapproval of Andrei. She felt he was too domineering and worried that her sister would have to play an antiquated role of a “submissive” wife in their marriage.

Jenn was also very much against Libby’s relationship with Andrei from the start. Like Chuck and Becky, Jenn felt Andrei was not a good match for her sister and thought he was only using Elizabeth to come to America to have a better life.

Who Is Elizabeth’s Mother, Pamela Putnam?

Elizabeth’s mom, Pamela, is divorced from her dad, Chuck. Pamela is remarried but seems to have an amicable relationship with her ex-husband and often attends family functions. Pamela and her second husband even attended Libby’s second wedding ceremony in Andrei’s native country of Moldova.

Does Elizabeth Have Siblings Not Shown On-Screen?

Libby has two more brothers, according to dad Chuck’s Instagram. But they both refrained from participating in the show and they keep a low profile on social media. 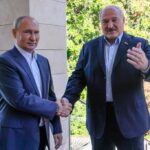 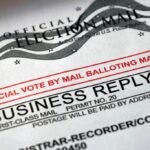