Disgraced Theranos founder Elizabeth Holmes appeared visibly pregnant in court Monday, as her lawyers fought for her to get a new trial.

The former Silicon Valley darling, 38 — who was convicted in January of lying to her company’s investors about blood-testing technology — had her baby bump on display in a fitted navy dress during a hearing over potential misconduct involving a witness who testified at her trial.

But when asked to confirm whether she was expecting, Holmes and her partner, hotel heir Billy Evans, declined to comment.

Holmes — who is facing up to 20 years in prison — previously welcomed a son with Evans in July 2021.

Anne Kopf-Sill, a former biotech professional who attended every day of Holmes’ trial, tweeted Monday that Holmes appeared five to seven months along.

Speaking to KRON4 outside the courtroom, Kopf-Sill speculated that the second pregnancy may be part of Holmes’ bid to avoid serious prison time.

“I think she is hoping to get a lighter sentence,” she said. “Everyone feels sorry for children that have to grow up without both parents. Even though they may be unsympathetic to Elizabeth…there still is feeling for doing something for innocent children.”

Holmes is set to be sentenced on Nov. 18, three days after her former lover and business partner Ramesh “Sunny” Balwani, who was convicted of 12 felony counts of fraud in July.

Holmes’ defense attorneys have argued that the Stanford dropout deserves a new trial. At Monday’s hearing, her lawyers alleged that Theranos’ former lab director Adam Rosendorff was pressured by prosecutors to throw Holmes under the bus for the company’s failings.

Holmes’ legal team filed a motion for a new trial in September, citing a bizarre, apologetic visit Rosendorff allegedly paid to her Woodside mansion in August.

Rosendorff was one of the prosecution’s key witnesses in the 2021 trial, during which he spent six days testifying. He was also one of the whistleblowers in John Carreyrou’s 2015 Wall Street Journal exposé that blew up the Theranos scandal.

When asked by defense attorney Lance Wade why he rang Holmes’ doorbell on Aug. 8, Rosendorff insisted that he wanted “finally put the saga behind me, and move on with my life.”

While he said he felt sad about the idea of Holmes’ children growing up without their mother, he stood by his original testimony.

“You are making me out to be a liar. My statements have always reflected the truth,” he told Wade.

At the end of the 75-minute hearing, US District Court Judge Edward Davila did not rule on whether Holmes will receive a new trial. The prosecution and the defense have one week to file additional arguments before a decision is reached.

Despite the proceedings ending in limbo, Holmes appeared in high spirits leaving the courtroom, sharing a kiss with Evans and smiling as she stepped into the elevator. 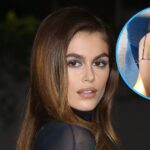 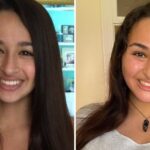