New York City private schools are pushing woke training on parents in a Soviet-like effort to keep their kids on message — with potentially serious consequences for those who don’t fall in line.

At least five elite schools — where yearly tuitions hover around $60,000 — are forcing parents to undergo both mandatory and “optional” training in “anti-racism” and “diversity, equity and inclusion.” The controversial theories demand a hyper-focus on race and privilege and have been accused by critics of demonizing white people.

Prospective parents at The Brearley School, an all-girls school on the Upper East Side, are informed on their application that “parents are expected to attend two diversity, equity, inclusion and antiracism (DEIA) workshops per school year,” and write a 500-word essay demonstrating their fealty to those values.

If their daughters are accepted, parents are then expected to sign a pledge vowing to support the new religion.

“We expect teachers, staff members, students and parents to participate in anti-racist training and to pursue meaningful change through deliberate and measurable actions. These actions include identifying and eliminating policies, practices and beliefs that uphold racial inequality in our community,” it reads, while also enjoining parents to “discuss with your children Brearley’s mission, diversity, equity and inclusion, and anti-racist statements in the student handbooks, and establishing your family’s responsibility to uphold these values.”

Andrew Gutmann, a former Brearley dad who yanked his daughter in protest and denounced the school in a public letter said the parent outreach existed in order to stifle dissent.

“They want parents indoctrinated the same way they want their kids,” he said.

Grace Church High School In NoHo required children in 2020 sign a pledge promising that they would fight against “racial propaganda” and “interrupt biases.” The school said they had no plans to require the oath going forward, but refused to disavow it.

“Grace makes it clear to prospective parents from the beginning that DEI and Critical Race Theory and anti-racism is a moral imperative and all members of the community must commit to it,” Paul Rossi a former teacher at the school, told The Post.

“Respect for differing viewpoints is a fundamental commitment of the school,” a Grace spokesman said.

At Spence, another Upper East Side all-girls school, parents are “invited” to take part in “Courageous Conversation equity workshop” put on by Pacific Educational Group, a privately held DEI consulting shop based in San Francisco.

On Twitter, PEG has declared “systemic racism” to be “deeply embedded in the fabric of this nation.”

“To become truly anti-racist, it takes abandoning all sense of ego and comfort,” they added elsewhere in their dogma of the faith. The group has blasted as “racist” the NFL, the Nobel Prizes, property taxes, and the confirmation hearing of Supreme Court Justice Ketanji Brown Jackson.

“The opportunity to participate in the DEI program offered by PEG is strictly voluntary for parents. These programs do not involve students,” a rep for Spence said.

Earlier this month, the Upper East Side’s Chapin School held a panel discussion for prospective parents to discuss the school’s “ongoing commitment to equity & inclusion, including our newest community-wide initiatives.”

Though the Chapin gathering was declared optional, insiders said it was anything but.

“They take attendance, they have name tags, there is someone from the admissions office to keep track of who goes and who doesn’t,” said one mom of her school’s program. “If you don’t go, your child is not going to go very far in the admission process.”

Another mom told The Post that she was told to get with the program after her son commented that boys were physically more capable at sports than girls.

In a “family learning session” with Horace Mann in The Bronx, Ronald Taylor gave a presentation lauding the work of Robin DiAngelo, whose book “White Fragility” asserts that all white people are racist.

“How can we take DiAngelo’s message and make it applicable to all communities in the [Horace Mann] community,” he asked, while wearing a face mask reading “I CAN”T BREATHE” and “BLACK LIVES MATTER.”

“I don’t want to be in necessarily white spaces, because when black children were put into those spaces their support and caregivers were taken away and they were put into racially hostile environments,” Taylor lectured as parents listened attentively.

Slides from the demonstration admonish those listening to asses how they might be “upholding racism” in their thoughts and actions.

Taylor, who declined to comment for this article, is a former associate director of the Office for Identity, Culture, and Institutional Equity at Horace Mann.

“The workshop was designed to educate parents about what they were hearing not only in the news at the time but from their children. It was completely voluntary and if a parent rejected this instruction or the content, their children would be welcome at Horace Mann,” a school spokesman said. 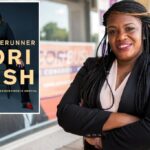 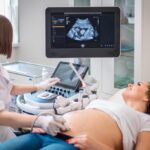 How next-gen ultrasounds are changing the abortion debate