In a prod to Gov. Kathy Hochul, Republican Rep. Elise Stefanik has introduced federal legislation that would entice New York and other states to change their laws to “hold repeat offenders accountable and bolster public safety.”

The measure — which seeks to give judges the authority to impose bail and detain dangerous defendants pending trial — would offer a federal bounty, of sorts, to states that comply.

Stefanik’s “Stop Enabling Repeat Violence and Endangering Our Communities Act” is a response to Hochul’s public safety agenda released in her State of the State address Tuesday that critics said offered little change to the controversial cashless bail reform initially passed by the Democratic-run legislature in 2019.

The Stefanik measure — backed by 10 other Republicans in the New York congressional delegation — would allow states to apply for “anti-recidivism” grants from an annual $10 million pot of money overseen by the U.S. Justice Department over five years.

During her State of the State, Hochul said her proposal would give judges a bit more discretion in setting bail for defendants accused of serious crimes — already bailable offenses.

Critics said she glossed over the issue of recidivists such as serial shoplifters wreaking havoc on grocers and retail stores, which has been highlighted by The Post’s coverage.

“In the face of Far Left Democrats’ calls to ‘Defund the Police’ and dangerous bail reform that put more violent criminals on the street, I am proud to lead this investment in our law enforcement and strengthen public safety,” Stefanik, the House Republican Conference chairwoman, who represents the upstate North Country, told The Post.

“Far Left Albany Democrats’ reckless and dangerous bail reform policies have already put our communities at risk. My legislation will incentivize New York State to implement policies that correct their massive oversight and hold repeat offenders accountable. I’m proud to stand united with local law enforcement and our community members to work to keep Upstate New York and the North Country, and our state of New York, safe,” the congresswoman added.

Reps. Claudia Tenney, Nicole Malliotakis, Andrew Garbarino, Brandon Williams, Nicholas LaLota, Anthony D’Esposito, Michael Lawler, Marcus Molinaro, Nick Langworthy and George Santos, who is under fire for repeatedly lying about his background, with many Republicans calling on him to resign, have all signed on to the measure.

The SERVE Our Communities Act states that in order to be eligible for federal grant money, “a state or unit of local government shall allow a State court or magistrate to consider the danger an individual poses to the community when determining bail or pretrial release.”

States must have taken action in the prior year “to prevent repeat offenses by violent offenders”, hire or retain more officers or prosecutors and conduct a public awareness campaign “to combat anti-police sentiment and improve community-police relations.”

The SERVE our Communities bill has been endorsed by the Fraternal Order of Police, Major Cities Chiefs Association, National Association of Police Organizations, and National District Attorneys Association, Stefanik said.

Chances of the bill’s passage remains unclear. While Republicans hold a slim majority in the House, Democrats have a narrow hold in the Senate.

A Hochul rep defended the governor’s public safety record while skirting Stefanik’s criticism of bail reform and the congresswoman’s legislation to address it.

“Governor Hochul is proud to have invested more than $433 million to support New York’s police departments, sheriff’s offices, probation offices and district attorneys’ offices, and as part of the State of the State she is proposing to launch an unprecedented, additional four State Police classes and triple funding to district attorneys’ offices to hire hundreds of new prosecutors,” said Hochul spokesman Avi Small.

Democrats in Albany approved bail reform in 2019, so defendants accused of misdemeanor or non-violent felony crimes could not be detained pre-trial simply because they couldn’t afford to pay cash bail. Most defendants are automatically released pending trial.

The law has been tweaked twice — including last year by Hochul — to restore judges’ discretion to impose bail on defendants for certain crimes, including those involving guns But New York City Mayor Eric Adams, a fellow Democrat, and other critics said a dangerousness standard should be implemented to deal with a serial offenders.

“There are many approaches to deal with here. We had to make sure that more gun, violent crimes were covered under the bail laws. We got that done,” Hochul said after the state budget was approved last year.

“Repeat offenders – the insanity of seeing people go into drugstores and grocery stores and rob them blind and take things out of there day after day and be able to go back on the street – we stopped that,” she insisted then.

But in her new proposal released on Tuesday,  Hochul — who got hammered over bail reform by Republican challenger Lee Zeldin during last year’s gubernatorial race — also sought to assure her fellow Democrats that her plan won’t fill local jails, raising concerns about its effectiveness.

“Data from before and after the enactment of bail reform actually shows that eliminating the ‘least restrictive’ standard for bail eligible offenses — while retaining it for less serious crimes — will not increase the overall rate of pretrial incarceration,” according to a briefing book distributed to reporters. 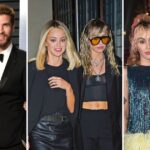 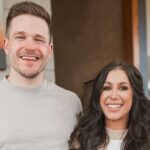 How She and Cole Landed Series