An off-screen medical drama. Former Grey’s Anatomy screenwriter Elisabeth Finch admitted that she “never had any form of cancer” and that she lied about other aspects of her personal life.

“I told a lie when I was 34 years old, and it was the biggest mistake of my life,” Finch, 44, confessed in a Wednesday, December 7, interview with The Ankler. “It just got bigger and bigger and bigger, and got buried deeper and deeper inside me. …What I did was wrong. Not OK. F–ked up. All the words. When you get wrapped up in a lie, you forget who you told — what you said to this person and whether this person knows that thing — and that’s the world where you can get caught.”

In 2007, the former True Blood writer’s assistant experienced a hiking accident and needed knee-replacement surgery. However, she chose to fabricate the details around her physical impairment. Nearly five years later, she told colleagues that she was diagnosed with a rare form of bone cancer called chondrosarcoma in 2012.

Calling the period after her hands-on medical treatment “dead quiet,” Finch explained that her lies spun out of “that silence,” even telling people that her brother had died by suicide. Not only that, but she also lied about kidney loss and having an abortion, the outlet reported. Finch even incorporated her faux storylines into the series, such as for the character Catherine Avery.

“I had no support and went back to my old maladaptive coping mechanism,” she noted, while also alleging that her brother abused her during their childhood. “I lied and made something up because I needed support and attention, and that’s the way I went after it.”

After the online outlet contacted Finch to question the authenticity of her medical history, Finch declined the opportunity to share her side. However, she was subsequently placed on administrative leave from Grey’s Anatomy in May.

“I know it’s absolutely wrong what I did,” she continued. “I lied, and there’s no excuse for it. But there’s context for it. The best way I can explain it is when you experience a level of trauma, a lot of people adopt a maladaptive coping mechanism. Some people drink to hide or forget things. Drug addicts try to alter their reality. Some people cut. I lied. That was my coping and my way to feel safe and seen and heard.”

The former Vampire Diaries writer recalled being “cut off pretty quickly from everything” once an investigation against her began.

“I slowly started to see people blocking me on Instagram and other social media,” Finch added. “It was so universal that I don’t know if an email went out or everyone just got together and decided ‘no thank you.’”

One of Finch’s former colleagues, whom the outlet did not identify, reacted to the disgraced screenwriter’s web of lies, noting, “We worked with someone who not only said she was sick with cancer but looked sick with cancer.”

The coworker noted how Finch appeared to have “lost her hair,” had “yellow and green” skin tones, a “visible [chemotherapy] port bandage,” took “breaks to vomit” during work and “wrote and talked about her experiences all the time.”

“There were two things going on,” Finch explained to the outlet. “One, my brother was abusing me, and two, my parents weren’t listening. A lot of scientists, psychologists, psychiatrists will tell you that the negation of [abuse], or not hearing it, can sometimes be an even bigger trauma than the original trauma itself.”

ABC did not immediately respond to In Touch‘s request for comment. 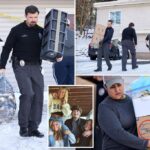 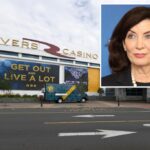