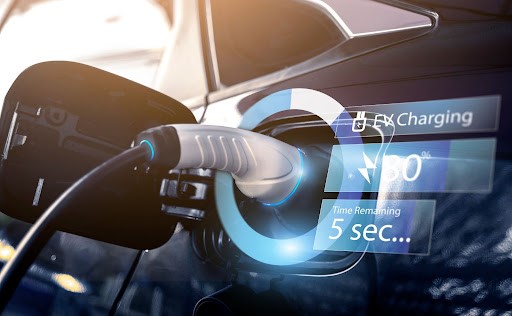 As the world renews its efforts to green energy, many auto manufacturers are leaping over electric vehicles. Market leaders such as Tesla are at the forefront of capitalizing on economies of scale to make EVs affordable. But what makes an electric vehicle electric? Which unique components power the vehicle?

The powertrain system for electric vehicles comprises the electric motor, driveshaft and transmission. This system utilizes energy in the battery module to power the car’s moving part. The car’s electric motor converts electrical energy into torque, which is then distributed by the transmission. The drive shaft then transmits torque to the differential, which is connected to the vehicle’s front wheels.

In some cases, the battery pack is considered part of the powertrain in an EV. The powertrain enables a car to move running on electricity without an internal combustion engine.

The battery pack is the powerhouse of an electric vehicle. It consists of many small battery cells to form a large power cell. This pack is located on the floor of the car, which gives the car a lower center of gravity, making many EVs more stable on the road.

Lithium-ion batteries are more widely used than other types, such as lead acid. This is because they produce high energy and are more efficient. The range of an EV’s battery varies from one car to another. However, many experts agree that a well-kept battery should last at least 100,000 miles before decommission.

Batteries are one of the most expensive components of an electric vehicle. Electric car manufacturers are gradually entering the EV battery market to find ways to reduce their costs.

The BMS ensures energy is used efficiently for driving and other functions such as lighting and heating.

The electric current that comes from a charging station is referred to as DC (Direct Current). However, most electric vehicles run on AC (Alternate Current). The power inverter converts DC to AC, which the motor uses to power motion.

The inverter also adjusts the frequency of electric energy to control the speed of the motor. It is an important component in an electric vehicle since it dictates speed control and energy efficiency.

This is the part that connects the electric car to a power source. It is located at the front or rear of the car, depending on the vehicle’s make. Electric vehicle charging points also differ by design in different countries and regions.

Other parts of electric vehicles work with these main parts. They include the onboard charger, cooling systems and smart hardware components for onboard computers. These computer systems support software management in a wide range of functions.

The Race for Tomorrow

The world is becoming aware of the need to move to sustainable energy and reduce our carbon footprint. Electric vehicles are at the forefront of this movement and will continue to play a big role in creating a greener planet.

Giving Your Car a Starring Role in Your Wedding Proposal

Who Else Wants to Upgrade Their Subaru?