A 78-year-old man was attacked on a light-rail train platform in suburban Portland by a suspect who chewed off the victim’s ear and part of his face, exposing his skull, before cops arrived to stop him.

The sicko, identified as 25-year-old Koryn Kraemer, attacked the victim on a MAX platform at the Cleveland Avenue stop in Gresham, Oregon, shortly after 2 a.m. Tuesday, authorities said.

Police said they received a call about a possible stabbing after witnesses reported seeing a large quantity of blood on the ground.

Officers responded to the scene, where they found the suspect still on top of the victim and pulled him off. They soon realized that the aggressor had used his teeth instead of a knife in the attack.

The alleged attacker “had chewed off the victim’s ear and part of his face. The injury was so severe that responders could see the victim’s skull,” police said.

The victim, a 78-year-old man from Hillsboro, was treated at the scene and then taken to a hospital where his condition was unknown Wednesday.

Kraemer was booked on a charge of second-degree assault. He had only recently moved to Oregon from Georgia.

Police are investigating whether drug use may have played a role in the gruesome assault.

A source close to the investigation told the station KATU News that Kraemer allegedly admitted to drinking alcohol and using both fentanyl and marijuana before the attack. 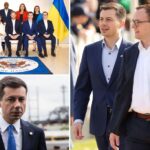 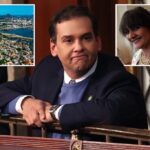 Santos reportedly admitted to stealing checkbook in Brazil in 2008