A man has admitted exposing himself and urinating on the floor of a plane while sitting in his seat as the flight descended into Brisbane.

The 72-year-old New Zealand man, who was traveling from Bali to Brisbane, was charged with disorderly behavior in public over the incident on Wednesday evening.

Australian Federal Police said the man had consumed “a number of small bottles of wine” during the flight.

He faced Brisbane Magistrates Court on Thursday where he pleaded guilty and was sentenced to a 12-month good behavior bond.

AFP’s Brisbane airport police commander, Mark Colbran, said there was no excuse for such “disgraceful” behavior.

“Anti-social or illegal behavior is unacceptable in any setting, and the AFP will not tolerate it at Australia’s airports,” Superintendent Colbran said.

“The AFP expects passengers to be responsible when consuming alcohol – families and other travelers have a right to feel safe.’’

In March last year, the AFP rebooted its airport watch program, which aims to educate people about what should be reported and how. 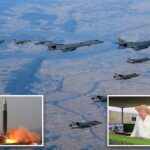 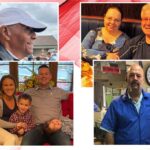 Why midterm voters will put Republicans in power across the US