EL PASO, Texas — Thousands of migrants streaming over the border have overwhelmed the city, which has admitted having to turn hundreds loose on its streets in recent months when its shelters have become too full.

Those with nowhere to stay have ended up camping outside the shelters on the streets of El Paso — where temperatures have recently dropped below freezing at night — wrapped in blankets and huddled in tents and cardboard boxes.

The small camp may have been started by legally admitted asylum seekers who had been processed by the US government, but they soon attracted others who had sneaked over the border illegally and were also seeking food and shelter. By eating and sleeping in one area, trash quickly piled up around them.

The city has responded by sending in sanitary crews regularly to clean up after them, worried that the waste and sanitary conditions could begin to spread infectious diseases.

During one such clearing witnessed by The Post on Wednesday, cleanup crews backed by cops moved people out of their makeshift camps and forced migrants to throw away the little food and clothes they had, most of which had been donated by good Samaritans and the shelters in El Paso. Devastated migrants watched as authorities even took away the blankets shielding them from freezing temperatures.

“They might not know or be aware that we are not taking away the blankets [to be mean] … what we’re trying to do is preserve health,” said Dr. Hector Ocaranza, the health authority for the city and county of El Paso.

“All these blankets, all these objects, things that are accumulating in a specific area can be a risk for transporting infectious diseases or causing other issues. Even food that is not in good condition can lead to health problems. Ultimately it will hinder the migrants’ process of their journey to their destination.”

But the migrants feel the treatment is cruel.

Alexson Garcia, a Venezuelan migrant sleeping on the streets with his wife and two small kids, said: “What could we do … we are here illegally. If we at least had documents, we could protest.”

Garcia, 27, left Venezuela seeking asylum. Like thousands of others, he was waiting for Title 42 to end on Dec. 21 to cross the southern border and make a legal asylum claim. Instead, he found Title 42 — a policy which allows the US Border Patrol to deny entry to asylum seekers from certain places — intact, and he was barred from entering.

Garcia and his family decided not to wait for the US courts and crossed into Texas illegally. Garcia’s lack of status means he cannot stay in one of the shelters El Paso has opened in recent days to care for legal asylum seekers.

Without any money to travel to Miami, his desired location, Garcia and his family are sleeping in the streets downtown and taking advantage of porta-potties, hand-washing stations, and parked city buses for warmth, all paid for by the city government using federal funds.

“We continue to keep our buses on site so people have a place to get out of the cold weather,” said Deputy City Manager Mario D’Agostino. “We are working with the NGOs as well. We’re making sure fresh blankets are going out.”

Since mid-December, migrants have been camping near the Greyhound bus station downtown as they tried to make their way onward in the US, initially because the city’s homeless shelters were full. On Dec. 16, the mayor of El Paso issued a disaster declaration and turned its convention center into a migrant shelter with 1,000 beds, which is still in use.

The sixth-largest city in Texas is currently ground zero for the migrant crisis — with more people crossing the border into the US in El Paso than anywhere else in the country.

With increased risk from resurgences of COVID-19, flu running rife, and a risk of other diseases, health officials are hoping they can keep the migrants in El Paso — the vast majority of whom will be heading to other cities in the US — as healthy as possible before they continue their journeys.

“This is not as a form of aggression; this is a form of protection,” said Ocaranza. 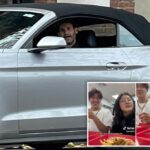 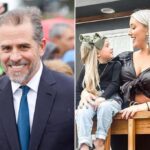