The border hub of El Paso, Texas announced Thursday that the Biden administration has promised $6 million to help address the massive influx of migrants crossing the southern border — but stopped short once again of declaring a state of emergency tied to the expiration next week of the Trump-era Title 42 health authority.

At present, roughly 2,500 people cross into the US through El Paso every day, city leaders said. That number is predicted to reach 5,000 a day when the policy allowing instant expulsion of most migrants goes away on Dec. 21.

“That’s 150,000 coming through in a single month, and that’s where the federal government and the state will need to help us,” Mayor Oscar Leeser told reporters.

“There is not enough funding and there’s not enough shelters you can build to just handle it all here,” Deputy City Manager Mario D’Agostino agreed.

In addition to the $6 million for future migrant operations, the Federal Emergency Management Agency will reimburse the city $3.8 million in expenses incurred between July 1 and Sept. 30 of this year out of a requested $5.1 million.

D’Agostino said the city has spent just over $9.5 million on migrant services so far this year, but despite the strain on resources, Leeser has avoided an emergency declaration — with critics accusing him of holding off at the request of the Biden White House.

El Paso Councilmember Claudia Rodriguez told The Post in October that Leeser, a Democrat, had privately admitted to her he was steering clear of making the declaration because the Biden administration had asked him to.

Leeser denied the accusation in a statement at the time, saying he doesn’t “bow to pressure from any side.”

But the mayor acknowledged external pressure at a September City Council meeting, saying Congresswoman Veronica Escobar (D-Texas) had urged him not to declare a state of emergency, and adding: “The White House has asked, at this point, for us not to do that and they’ll continue to work with us and continue to give us … money through [the] Federal Emergency Management Agency.”

New York City declared its own state of emergency earlier this year after El Paso sent busloads of Venezuelan migrants to Gotham in a controversial move.

At his own press conference Thursday, Mayor Eric Adams complained about the lack of state or federal support for his city to deal with the new arrivals, saying: “No one has helped us … We have not gotten a dime from anyone.”

While some of the new federal money will go to transporting migrants, Leeser and D’Agostino said Thursday that buses would mainly be used to bring border-crossers to other transportation hubs, from where they can travel on to their final destination at their own expense.

However, the mayor acknowledged: “We might have to do some of the operations we did in September and October, and that’s to help them connect to the destination they’re looking for.

“We just don’t have the capacity to house long-term.”

Title 42 allowed border authorities to eject nearly all apprehended migrants back across the border in order to prevent the spread of COVID-19 without first hearing their asylum claims. A federal judge ordered the program wound up last month, but gave the Biden administration until Dec. 21 to comply.

“What we saw in September and October, that influx of Venezuelan population — Title 42 has stopped that,” D’Agostino said. “So what we’re seeing right now is … the vast majority [of migrants] are sponsored — they have a means to get where they’re going.

“You can imagine all the Venezuelans who are still over in Juarez [Mexico], or making their journey this way, are going to pass through [El Paso],” he added. 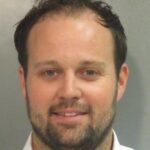 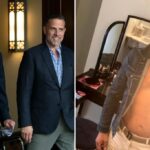