An author who accused Donald Trump of raping her in the ’90s plans to sue the former president for battery under a new New York state law.

Carroll accused Trump of raping her in a changing room at Bergdorf Goodman in 1995. She went public with the experience after he was elected president.

The Adult Survivors Act, passed by Albany earlier this year, placed a temporary suspension of the statute of limitations on sex crimes. This allowed Carroll and other victims a one-year window to file civil lawsuits against their attackers.

The journalist will file her battery lawsuit on Nov. 24, the day the new law takes effect, her lawyers said in the court filing.

Carroll has outlined her allegations against the ex-president in court documents and published a book in 2019.

The magazine writer, who was 52 years old at the time, said Trump pushed her into the wall of changing room stall and pulled down her tights. He allegedly “pushed his fingers around Carroll’s genitals and forced his penis inside of her” as she tried to push him away, according to court documents.

Carroll jammed her high heel into his foot and used her knee to push him off of her and sprinted out of the store, the filing alleged.

Trump has vehemently denied the claims.

She also plans to sue Trump for defamation — for a second time — after he called her a liar and said her allegations and legal action were “a complete con job” in a lengthy social media post last month.

She previously sued the then-president for defamation in 2019 after he made similar remarks which she said hurt her reputation. However, Trump and the Justice Department argued that he made the comments against her in his official capacity as president and therefore her suit would have to be dismissed for legal reasons.

Thursday’s filing came just two days after Trump announced another run for the presidency, adding another investigation into the ex-president’s past actions. 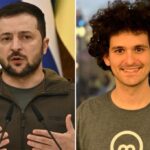 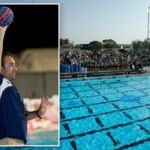