An inebriated Utah man is accused of going berserk on a JetBlue flight, holding a straight razor to a woman’s throat while telling her hubby to “get the f–k out of here.”

Fackrell was on board JetBlue Flight 871 from JFK Airport to Salt Lake City Monday, according to a press release from the Justice Department.

Fackrell was seated in a window seat next to a married couple and engaged the wife in a “long and varied” conversation while her husband watched a movie. The suspect also had several alcoholic beverages during the flight, a criminal complaint cited by the news outlet KSL.com stated.

At some point, the woman put on headphones and was watching an in-flight movie. She later said she could hear her seatmate muttering to himself, before Fackrell put his hand over her screen and told her to pause the film.

“The woman took off her headphones and realized Fackrell had his hand clutched with what appeared to her as a knife, inches from her skin at her throat/neck area,” the DOJ stated.

Fackrell then stood up and began yelling, “She’s going to be OK,” and, “No one needs to worry.”

He also told the woman’s husband to “get the f—k out of there,” the complaint read.

The husband went to the front of the aircraft to get help from a flight attendant, and the wife lunged for the aisle to escape.

According to the complaint, Fackrell reached out and tried to stop the woman by grabbing her shoulder but she managed to get away.

The woman, who was not identified, clarified to KSL.com that when her husband left his seat to get assistance, he did not know what Fackrell had pulled the razor on her.

“He didn’t knowingly leave me to handle a man with a weapon all by myself,” she explained.

After the married couple moved to the front of the plane, and away from Fackrell, a passenger sitting across the aisle got the suspect to put down the razor.

The weapon was secured and later identified as a Facon wood-handled straight edge razor with a one-to-two-inch blade. 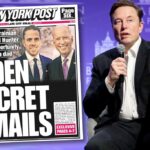 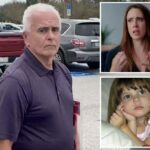