The CDC previously reported that as many as 107,000 drug overdose deaths occurred in 2021, but revised that number down slightly in their final tally after examining death records.

The flow of fentanyl into the United States has not abated in 2022.

The DEA announced this week that it seized 379 million potentially deadly doses of fentanyl this year, including 50.6 million fentanyl-laced counterfeit pills and 10,000 pounds of powder fentanyl.

Drug overdose deaths from cocaine and other stimulants also spiked in 2021.

The increase in drug overdose deaths in 2021 helped drive US life expectancy to a 25-year low of 76.4 years last year, the CDC said separately on Thursday. The coronavirus pandemic was the other main factor in declining life expectancy. 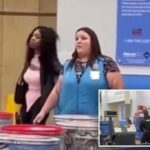 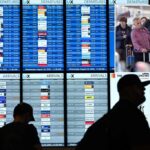