Dramatic body-cam video captured the moment a Maryland cop jumped into a kayak and used two screwdrivers to pull herself across an ice-covered river to rescue a 71-year-old pilot.

Anne Arundel County Police Officer Elizabeth Myers is seen in the footage grabbing a kayak and using screwdrivers in place of oars to slide to plane wreckage on Beards Creek on Dec. 26.

“Oars don’t work on ice, but screwdrivers do,” the department said in a release.

Steve Couchman of Prince Frederick, Md., was the only person on the single-engine Piper Cherokee when it crashed moments after takeoff from Lee Airport, NBC Washington reported.

Witnesses reported that they heard the plane’s engine sputter right before the crash.

In the footage, Myers is seen furiously jabbing the tools into the ice to pull herself toward the plane as she breathes heavily from the exertion.

When she makes it to the scene, two other kayakers are already assisting Couchman, who was able to exit the plane and stand on the wing.

The pilot was later transported to the Anne Arundel Medical Center with non-life-threatening injuries, officials said.

Officers from the Maryland Department of Natural Resources Police also reportedly responded to the scene in a boat.

“With the temperatures like I said in the 30 degrees, hypothermia can set in within minutes. And so their quick actions – I think definitely made a positive outcome today,” she said, WUSA reported. 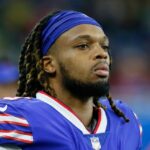 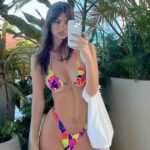