Dr. Mehmet Oz raised eyebrows over the weekend after a photo emerged of the Pennsylvania GOP Senate candidate delivering a speech in front of a car that once belonged to Adolf Hitler.

The unfortunate moment happened Thursday during a fundraiser at the Lyon Air Museum in southern California. The event was organized by “Take Back the Senate,” a joint National Republican Senatorial Committee, Deadline reported.

The museum is home to a large collection of World War II era memorabilia.

“This particular G4, 440875, was originally delivered to Adolph Hitler in late 1939 and was used by the Fuhrer in Ober Salzberg, Berlin and Poland until seized by the French Army at Berchtesgaden,” the museum boasts on its website.

The event was organized in-part by multimillionaire technologist Palmer Luckey, a brother-in-law of Rep. Matt Gaetz (R-Florida) and creator of Oculus VR, a virtual reality company.

Oz is currently locked in a tight race for senate against the state’s Lt. Governor John Fetterman — who wasted no time pouncing on the moment.

“I don’t know who needs to hear this, but if you’re asking donors for money in front of Hitler’s literal car, then you shouldn’t be running for U.S. Senate,” Fetterman said in a tweet Friday evening. 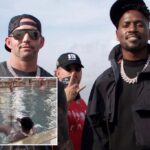 Antonio Brown tried to rip off music promoter for $500K 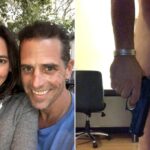