A review of significantly injured and ill right whales has added three dozen cases to an ongoing unusual mortality event that threatens to push the species into extinction.

The National Oceanic and Atmospheric Administration Fisheries division said the added morbidity cases resulted from a veterinary review of protocol for the event that began in 2017.

NOAA reported the cases likely resulted from vessel strikes, entanglements and injuries that occurred due to an unknown cause.

“These sublethal impacts, although not necessarily life-threatening, may be impeding health, growth, and reproduction of individual whales, and therefore recovery of the North Atlantic right whale species as a whole,” Kim Damon-Randall, director of the office of protected resources, said in a statement.

The agency said the review of cases is ongoing, and more instances may be added to the morbidity event as more data becomes available.

“The real number of right whales impacted by human interactions is likely much larger. Scientists have estimated that, on average, about only one-third of North Atlantic right whale mortalities are actually detected,” NOAA said.

Since the beginning of the count, the agency has documented 91 dead or seriously injured right whales off the coasts of Canada and the US.

Leading causes of the UME include vessel strikes and entanglement in fishing gear.

An estimate by experts puts the population at around 350 whales, with only about 70 females left in the North Atlantic.

NOAA reports the last spotted entangled whale off of North America happened in late August near the coast of Canada.

The whale was first seen in the early days of the month and was not entwined in fishing gear, but a few weeks later, NOAA Fisheries biologists determined that it had become significantly entangled.

The right whale’s injuries were said to be significant, and the biologists wrote the animal would likely die from its injuries.

The animal was the twenty-first injured whale to be included in the ongoing North Atlantic right whale Unusual Mortality Event.

Experts say a key to management efforts for whales is accurate, long-range modeling forecasts, but they have been historically challenging to produce.

Marine mammals are impacted by both human activities and dynamic factors, such as temperature changes and fluctuations in prey availability, which can offset schedules.

Authors of a new article in the journal Frontiers in Ecology and the Environment said recent modeling of humpback whale activity had performed well, but a lead time of around two weeks is insufficient.

An ongoing SubX project could increase the lead time to several weeks, but factors such as a dynamic Gulf Stream have led to complications with long-term accuracies. 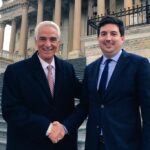 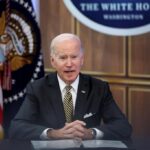