An Ohio father suffered a fatal heart attack moments after finding the body of a dying teen who had been struck by a hit-and-run driver.

Doug Stansell, 56, was driving with his adult sons to pick up their daughters from their shift at Taco Bell around 1 a.m. in Anderson Township Monday when they made the gruesome discovery, according to news station WXIX.

The trio initially thought the unresponsive body of Eli Jones, 15, was a garbage can, 21-year-old son Jon Stansell told the outlet.

The Stansells turned around and called 911 after seeing the mortally wounded young man, and waited to talk to arriving first responders, according to the outlet.

Doug was “fine” and acting “normal” until the family continued on to the nearby fast food restaurant and he became very quiet, Jon said.

“I guess once he parked, he let everything sink in,” his son explained to the station. “I don’t know if it was too much for him to handle.”

As they sat in the parking lot, the elder Stansell collapsed in his seat.

“He was talking to me and then he looked quiet and fainted back and rolled his head toward me,” Jon said. “He couldn’t talk or breathe.”

Doug was taken to the hospital where he died later that day, according to the station.

His children believed that the stress of seeing the gravely injured teen led to his unexpected demise.

“My dad is one of the most kindest, nicest, big-hearted men you ever could meet. You couldn’t ask for a better father or a better best friend,” Stansell said.

Meanwhile, Doug’s widow Chrissy Stansell offered prayers for the family of Jones, who died from his injuries.

“We just want to send condolences to the family,” she told the station.

Police were looking for the fugitive driver of a Honda Civic in connection with the vehicular homicide. 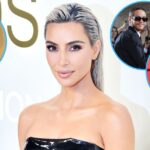 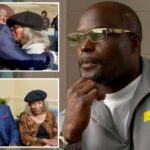