The final report from the House select committee investigating last year’s Capitol riot is expected to release Thursday and will include some testimony that the panel found questionable, according to an executive summary of the report.

The committee claims former President Donald Trump’s deputy chief of staff Tony Ornato made unreliable statements when he disputed previous testimony that the 76-year-old Trump tried to grab the wheel of the presidential SUV on Jan. 6, 2021 to join his supporters outside the Capitol

The panel wrote that it “has significant concerns about the credibility” of Ornato’s testimony.

Cassidy Hutchinson, who worked for Trump’s then-chief of staff Mark Meadows, had told the panel investigating the events leading up to the Capitol riot that she heard from Ornato that Trump had grabbed the steering wheel of the presidential SUV after his speech in front of the Ellipse near the White House and tried to force Secret Service agents to drive toward the Capitol Building.

The panel’s summary of the final report indicates that Ornato, a long-time Secret Service agent, didn’t recall the alleged scrum inside the SUV and in a follow-up closed-door interview with committee investigators said he didn’t remember the conversation Hutchinson said she had with him.

The select committee also notes that another unnamed witness testified that Ornato relayed an anecdote of Trump’s “irate” behavior when he was told that he would not be driven to the Capitol.

Hutchinson and the other witness, according to the report summary, describe being told the story by Ornato in his White House office with another Secret Service agent present.

The panel found that multiple other witness accounts show that the then president  became “irate,” “heated,” in the presidential SUV on Jan. 6, 2021.

“The committee has regarded both Hutchinson and the corroborating testimony by the White House employee with national security responsibilities as earnest and has no reason to conclude that either had a reason to invent their accounts,” the report notes.

Trump has denied that he tried to commandeer the presidential SUV. And Ornato’s lawyer says that he “testified truthfully before the committee on three occasions.”

The Secret Service also has denied Hutchinson’s account of what she claims Ornato told her happened in the SUV.

The committee’s executive summary also states that senior Trump aides were not as “forthright” as more junior staff members.

“In several circumstances, the Committee has found that less senior White House aides had significantly better recollection of events than senior staff purported to have,” the report says, signaling out testimony from former White House press secretary Kayleigh McEnany that the panel says was “[not] as forthright as that of her press office staff.”

The panel’s summary also points to former White House adviser Ivanka Trump’s testimony about her and her father’s actions on Jan. 6 being seemingly contradicted by her former chief of staff. 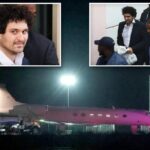 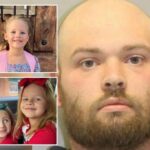