The “Doomsday” mother accused of killing two of her children and stealing their Social Security benefits has been deemed mentally unfit to stand trial for a second time.

Lori Vallow Daybell’s trial will be suspended until a determination of her competency to stand trial can be determined, Fremont County District Judge Steven Boyce ruled Thursday.

It is the second time Boyce has found the alleged murderous mom mentally unfit for trial.

In 2021, Boyce ordered Vallow Daybell, accused of killing 7-year-old Joshua “JJ” Vallow and 17-year-old Tylee Ryan in collaboration with her husband Chad Daybell, to spend nearly a year at a psychiatric facility. In April, Boyce found the 49-year-old “restored to competency.”

The determination was short-lived, however.

Vallow Daybell’s attorney’s filed a motion that prompted Boyce to order a new competency hearing. The defense’s statements were redacted in court documents and Boyce ordered the details to remain under seal, CNN reported.

Vallow Daybell and Chad Daybell were allegedly members of the doomsday cult, Preparing a People, and believed JJ and Tylee Ryan were possessed by evil spirits.

The duo killed the children and Chad Daybell killed his former wife, the indictment claims, and buried them in a pet cemetery on Chad Daybell’s property in Rexburg, Idaho.

The Daybells took off to Hawaii and provided police false information on the whereabouts of the children, all while allegedly collecting social security benefit checks of behalf of JJ and Tylee Ryan.

The couple, who have both pleaded not guilty to murder, conspiracy and grand theft charges, were scheduled to begin trial in January 2023. 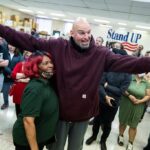 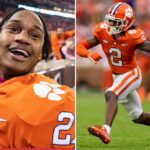