Former President Donald Trump has a slew of legal woes hanging over his head as he mounts his recently announced bid to retake the White House in 2024.

The 76-year-old faces the threat of a federal indictment over classified documents allegedly found at his Mar-a-Lago club and his namesake company, the Trump Organization, is on trial for criminal tax fraud in Manhattan.

A couple of lawsuits against him are also still being fought in court, though some have recently been resolved, including the ex-president snagging wins in cases brought by his niece Mary Trump and his former lawyer Michael Cohen.

The 45th president could face a potential indictment as the Justice Department — and a grand jury — probes whether he mishandled classified information that the FBI said it seized during the Aug. 8 raid of his Mar-a-Lago estate in Palm Beach, Florida.

Some 11,000 documents — about 100 of which had classified markings — were seized by the feds. But after the raid, Trump claimed that he had declassified the records before he left the White House and brought them to his residence.

The Trump Organization has been on trial for the past two weeks in Manhattan Supreme Court, with the District Attorney’s Office alleging that the real estate company cheated on its taxes from 2005 to 2021 by failing to report huge perks that top executives received — like apartments and luxury cars.

The company faces up to $1.6 million in fines if found guilty. Trump is not charged in the case nor accused of any wrongdoing.

James accused the Trump camp of “staggering” fraud in which they allegedly fraudulently inflated company assets to try to get better loan and insurance terms and to gain tax benefits.

Manhattan Supreme Court Justice Arthur Engoron on Monday appointed retired Judge Barbara Jones as an independent monitor to oversee the Trump Org as it turns over financials in the case. Engoron earlier this month said a monitor is needed “to ensure there is no further fraud” while the case plays out in court.

Journalist E. Jean Carroll sued Trump in 2019, claiming that he defamed her when he publicly denied her accusations that he raped her in a Bergdorf Goodman fitting room in the early 1990s.

That case has faced delays due to Trump’s repeated legal challenges — including his failed bid to avoid being deposed by Carroll’s lawyers.

Probes over the 2020 election and Jan. 6 Capitol riot

A special grand jury in Atlanta, Georgia, is probing whether Trump and others illegally tried to overturn the 2020 election results in the state.

The Fulton County District Attorney’s Office in March 2021 launched the investigation that targets Trump and 17 others. Rudy Giuliani, also a target of the probe, testified before the grand jury in August.

Sen. Lindsey Graham (R-SC) has been fighting an order that he too must testify — a questions which is in the hands of the US Supreme Court.

Trump is also being investigated by a House of Representatives committee in connection to the the Jan. 6, 2021, riot at the US Capitol by his supporters. He was subpoenaed by the committee to testify and turn over documents. The panel — which could refer the case to the Justice Department — is expected to release its findings in the weeks to come.

Niece Mary Trump’s lawsuit and other wins in civil cases

It’s not all bad news for Trump, who won two victories this week in civil cases brought by Michael Cohen and his niece Mary Trump.

On Monday, a Manhattan Supreme Court judge tossed Mary Trump’s 2020 suit against Trump and his siblings that claimed they swindled her out of her full inheritance to the tune of tens of millions of dollars.

But Manhattan Justice Robert Reed found that Mary Trump released any claims against the family members when she signed a 2001 settlement agreement over her grandfather Fred Trump Sr.’s estate.

In a separate federal ruling Monday, Trump and former Attorney General William Barr won their bid to get Cohen’s suit tossed out. The attorney had alleged he was thrown back in prison in retaliation for writing his tell-all memoir “Disloyal: A Memoir.”

Cohen, however, scored his own legal victory when an appeals court Tuesday reinstated his lawsuit claiming that the Trump Org owes him for $1.9 million in legal bills he racked up testifying during special counsel Robert Mueller’s and several congressional committees’ probes into Trump. That suit must now play out in the lower court. 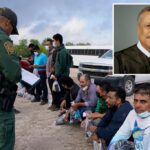 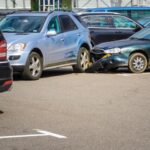