The former president filed papers Friday voluntarily dismissing his West Palm Beach federal suit from November. The move comes on the same day he was due to respond to the AG’s bid to have his case tossed out by a judge.

Trump had argued James abused her position while carrying out an allegedly politically motivated probe into the Trump Organization’s business dealings ahead of the 2022 midterm elections.

A Manhattan judge overseeing the civil fraud case has since appointed a monitor “to ensure there is no further fraud” as James’ case – set for trial in October – plays out.

Trump has been locked in a bitter legal battle with the AG since her probe began including filing a prior 2021 lawsuit against her in upstate New York alleging James was carrying out a “witch hunt” against him. That case has since been tossed.

The Trump Org was separately convicted in a criminal case of tax fraud — and fined $1.6 million. 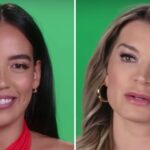 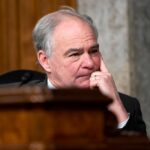