Former President Donald Trump was back peddling election fraud claims ahead of his expected announcement that he will be launching a 2024 presidential bid Tuesday night.

Taking to Truth Social after ally Kari Lake lost in the race for Arizona governor, Trump, 76, falsely claimed that the election was stolen from her.

“Wow! They just took the election away from Kari Lake. It’s really bad out there!” Trump wrote Monday night.

Lake, Trump’s staunch supporter who maintained without any evidence that the 2020 election was rigged, lost to Democrat Katie Hobbs on Monday after being projected to lose in the state.

She is the latest Trump-endorsed MAGA candidate to be rejected by voters in the midterm elections, which failed to unleash the “red wave” of GOP victories that Republicans had predicted.

From Pennsylvania to Nevada, a parade of Trump’s hand-picked candidates vying to become senators or governors faltered, among them Dr. Mehmet Oz, Blake Masters and Doug Mastriano.

Likewise, all the Trump-backed hopefuls running for secretaries of state in key battleground states met the same fate.

Trump focused on secretary of states races because people in those positions serve as their state’s top election officials, which would help him win if he runs for president in 2024.

Hobbs, who is Arizona’s secretary of state, gained a national profile by vehemently defending the legitimacy of Joe Biden’s election against Trump’s baseless “big steal” claims.

She will succeed Gov. Doug Ducey, a Republican, who was prohibited by term limit laws from running for reelection. She’s the first Democrat to be elected governor in Arizona since Janet Napolitano in 2006.

Lake, a former TV news anchor who has refused to say whether she would accept her own election results, reacted to her loss by tweeting: “Arizonans know BS when they see it.”

Lake’s trouncing came on the eve of Trump’s anticipated 2024 campaign announcement, which he teased on Truth Social overnight by writing with his signature bombast: “Hopefully TODAY will turn out to be one of the most important days in the history of our Country!” 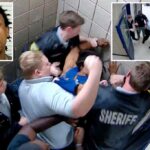 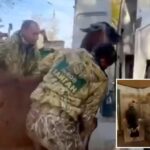