The former president addressed the violent assault at the Pelosis’ home in San Francisco while discussing rising crime rates in what he called “Democrat-run cities.”

“Look at what happened to San Francisco generally. Look at what’s happening in Chicago. It was far worse than Afghanistan,” he said.

Suspect David DePape,42, was arrested Friday for allegedly breaking into the Pelosis’ residence and striking 82-year-old Paul Pelosi in the head with a hammer, after reportedly screaming: “Where’s Nancy?”

The House Speaker was in Washington DC at the time of the attack.

Paul Pelosi underwent surgery to repair fractures on his skull and is expected to fully recover.

DePape faces charges of attempted murder, assault with a deadly weapon, elder abuse, burglary and additional felonies, according to police.

Trump was asked about the incident involving Pelosi in the greater context of rising crime rates across the US during Friday’s interview at his Mar-a-Lago estate in Palm Beach, Florida.

“These people are crazy,” the ex-president said, referring to Illinois lawmakers who passed a controversial law last year abolishing cash bail, which goes into effect next year. “They’re gonna release stone-cold killers from jails, nobody knows why. I mean, they need room, or something.”

On January 1, 2023, Illinois will end cash bail as part of the “Safe-T” Act, which passed in 2021 in response to nationwide protests against police brutality following the deaths of George Floyd, Breonna Taylor and others.

Contrary to claims from conservatives that suspects facing serious felony charges, including murder and arson, will be freed until trial, judges will still have the discretion to order accused criminals behind bars if they are deemed a threat to public safety.

But the new law does impose higher standards to meet those conditions that critics say will make it harder to collar suspects. 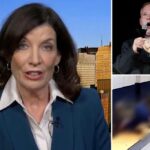 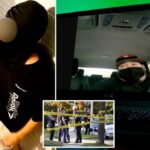