Moving on. Tish Cyrus seemingly debuted a new romance of her own less than two weeks after estranged husband Billy Ray Cyrus confirmed his engagement to singer Firerose in November 2022. Keep reading to find out everything to know about Tish’s new flame, Dominic Purcell.

Who Is Dominic Purcell?

Dominic is a British-Australian actor born in 1970. He is best known for his role as Lincoln Burrows in Prison Break and as Heat Wave in DC’s Legends of Tomorrow.

In addition to starring on Prison Break and DC’s Legends of Tomorrow, Dominic has amassed an impressive list of acting credits to his name. Some of his other notable movies and television shows include Raw FM, Heartbreak High, John Doe, Blade: Trinity, House of the Rising Sun, Bad Karma, Ice Soldiers, Turkey Shoot, Gridlocked and Blood Red Sky.

He has also guest-starred on Supergirl, Arrow, Batwoman, The Flash and Castle.

When Did Tish Cyrus and Dominic Purcell Start Dating?

While it is unclear when they first got together, Tish seemingly confirmed her romance with Dominic by posting a photo of the pair sharing a sweet smooch while snuggled up to one another on her Instagram Story on Sunday, November 27, 2022. Though Tish’s photo of the couple seems to be one of their first public pics, the Cyrus vs. Cyrus: Design and Conquer host has been commenting on Dominic’s Instagram posts for quite some time now.

In a March 2022 post in which the Prison Break actor posted a throwback photo of himself with his four kids – Lily-Rose, Augustus, Joseph and Audrey – Tish simply commented, “So beautiful.” The pair also exchanged sweet sentiments in the comment section of an August 2022 selfie Dominic posted, with Tish writing, “Hi babe,” alongside a smiling emoji with hearts around it. “Hi love [red heart],” Dominic replied.

Additionally, Dominic’s daughter, Lily, posted a selfie with Tish on her Instagram Story the same month, which further fueled romance rumors between the manager and actor.

Who is Dominic Purcell’s Ex-Wife?

The DC Universe actor was married to Rebecca Williamson, with whom he shares his four children, from 1998-2008.

When Did Tish Cyrus and Billy Ray Cyrus Split?

Tish filed for divorce from the “Achy Breaky Heart” singer in April 2022, citing irreconcilable differences per court documents obtained by In Touch. The former couple were married for 28 years and share children Miley Cyrus, Braison Cyrus and Noah Cyrus, as well as Brandi Cyrus and Trace Cyrus, Tish’s children from a previous relationship whom Billy Ray adopted.

Reps for Tish Cyrus and Dominic Purcell did not immediately respond to In Touch‘s request for comment. 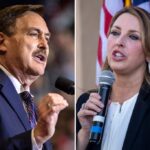 Mike Lindell announces bid for chair of the RNC 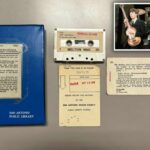