The Justice Department decided against having FBI agents watch over a search for classified documents conducted by President Biden’s lawyers at his Delaware homes — in part because his attorneys were deemed to be cooperating with the DOJ’s investigation, according to a report.

The Wall Street Journal reported Tuesday that DOJ officials also opted for the hands-off approach in order to avoid complicating future phases of the investigation and to not interfere with special counsel Robert Hur’s work.

According to the Journal, Biden’s attorneys were given permission by the Justice Department to search the 80-year-old president’s Wilmington and Rehoboth Beach residences for sensitive documents and notify the department if any were found so that law enforcement personnel could take custody of them.

The agreement between the DOJ and Biden’s legal team took place after around 10 documents with classified markings — some dealing with Ukraine, Iran and the United Kingdom — were found in the president’s former office at the Penn Biden Center think tank Nov. 2.

When the president’s lawyers discovered the sensitive papers from his time as vice president at the Biden Penn Center they immediately notified the Justice Department, according to White House counsel Ian Sams, which sparked the investigation and the Biden team’s preparations to search other properties for more documents, as well as discussions with the DOJ over the possibility of FBI agents being present for the searches, according to the Wall Street Journal.

The news outlet, citing current and former law enforcement officials, notes that by not utilizing the FBI at an early stage in the investigation, it allows the DOJ to hold the law enforcement agency as a stick in the future, for executing search warrants, if Biden’s team stops cooperating.

CBS reporter Weijia Jiang grilled White House press secretary Karine Jean-Pierre at her regular briefing Tuesday afternoon on how the Justice Department investigation could be “independent” when Biden’s lawyers are the ones performing the actual searches for documents.

“You’ve repeatedly emphasized the need — just as you did today — for independence, for the integrity of the Department of Justice investigation, [which is] one reason why you continue to point us to the DOJ. So I wonder why then did the White House counsel go to Wilmington to facilitate the handing-over documents to the DOJ?” Jiang asked Jean-Pierre.

“I appreciate the questions. I know there’s going to continue to be dozens more questions probably today and I will say reach out to the White House Counsel’s Office,” the press secretary said. “I’m just going to leave it there. That is something for them to answer.”

Jiang pressed: “It’s related to something that you keep telling us, which is how much it is important to this White House to separate the White House from the DOJ’s investigation. But the White House counsel was the one to go and facilitate documents, to look for the documents.”

“Again, they’ve been working very closely with the Department of Justice,” Jean-Pierre said. “I would refer you to them if you want to know specifically about their actions, specifically about what they’re doing. I would point you to the White House Counsel’s Office. Look, guys, you guys can ask me this 100 times, 200 times if you wish. I’m going to keep saying the same thing. I hear your question. It’s been asked. It’s been answered. It’s been noted. And we’re just going to try to move on here. And we’re going to move on.”

In response to a different question from Jiang, Jean-Pierre admitted that she was personally unaware of the Nov. 2 discovery of classified documents at the Penn Biden Center until CBS News was preparing to report on the issue, which it did Jan. 9.

Some Republicans have accused the Justice Department of handling Biden’s classified document investigation with kid gloves compared to the federal probe into former President Donald Trump’s mishandling of sensitive material from his White House days.

In August of last year, over a hundred sensitive documents were recovered by federal agents during an FBI raid of Trump’s Mar-a-Lago home in Florida.

“The double standard here is astounding. The underlying behavior at issue — a President’s retention of old classified documents dating back to a past presidency — is materially the same in both cases,” Sen. Josh Hawley (R-Mo.) wrote in a letter to Attorney General Merrick Garland earlier this month.

“But in President Trump’s case, that retention triggered an unprecedented raid on the home of a former president, rationalized with a thicket of partisan doublespeak,” Hawley added, calling on Garland to appoint a special prosecutor, which he did on Jan. 12.

The White House Counsel’s Office has declined to say whether Biden would be willing to sit for an interview with special counsel Hur if asked.

Five more pages of classified documents were discovered in Biden’s Wilmington, Delaware, home this week, the White House said on Saturday, after first claiming that only a single sensitive document was recovered near the president’s locked garage where he stashes his prized 1967 Chevrolet Corvette.

The additional pages were found Thursday, bringing the total number of classified pages found at the home to six, to go along with the 10 found at the Penn Biden Center in November. 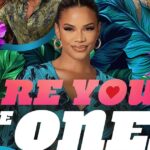 What Is a Blackout? Show’s Rules 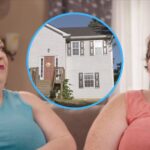