WASHINGTON – The Justice Department on Tuesday asked the Supreme Court to strike down former President Donald Trump’s request last week to reconsider part of an appeals court ruling that allowed the feds to keep classified documents retrieved from Mar-a-Lago separate from an outside expert’s review.

In its 32-page filing, the DOJ argued Trump will suffer “no meaningful harm” from the 11th Circuit Court of Appeals decision to withhold the documents from the scrutiny of Brooklyn federal judge Raymond Dearie, the so-called “special master” in the case.

“Most notably, [Trump] has not even attempted to explain how he is irreparably injured by the court of appeals’ partial stay, which simply prevents disclosure of the documents bearing classification markings in the special-master review,” Solicitor General Elizabeth Prelogar wrote in the filing. “[His] inability to demonstrate irreparable injury is itself sufficient reason to deny the extraordinary relief he seeks in this Court.”

Prelogar also argued that Trump “has no plausible claims of ownership of or privilege” over the approximately 100 documents bearing classification markings that were taken in the Aug. 8 raid on his Florida home.

Trump’s attorneys had asked the high court to put on hold the appeals court’s decision that let the Justice Department continue using sensitive documents in the criminal investigation into whether the former president broke federal law regarding custody of government records.

Florida US District Judge Aileen Cannon had ordered the appointment of Dearie to review the thousands of documents and determine whether they were covered by attorney-client privilege, executive privilege or other protections. But the appeals court ordered the removal of more than 100 classified documents from the review.

Trump’s attorneys had argued that Dearie needed access to the classified records to “determine whether documents bearing classification markings are in fact classified, and regardless of classification, whether those records are personal records or Presidential records.”

“Since President Trump had absolute authority over classification decisions during his Presidency, the current status of any disputed document cannot possibly be determined solely by reference to the markings on that document,” the Oct. 4 filing said.

Trump’s filing also argued that without the special master review, “the unchallenged views of the current Justice Department would supersede the established authority of the Chief Executive.”

The matter is now before Justice Clarence Thomas, who can act on his own or, as is usually done, refer the emergency appeal to his colleagues. 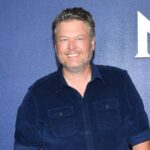 Why Is Blake Shelton Leaving ‘The Voice’? Quit, Statement 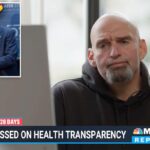