These canine crash survivors are looking for forever homes.

More than 50 dogs that made it through a plane crash unscathed are being put up for adoption, according to The Washington Post.

The flight from New Orleans to Wisconsin crash-landed on Western Lakes Golf Club in Milwaukee Tuesday. Along with the 53 dogs, three human passengers made it out alive.

The pups, who are at-risk rescues, were part of a planned trip by the Humane Animal Welfare Society from southern states to shelters in the Waukesha region.

All the dogs will be available for adoption in the coming days, according to Maggie Tate-Techtmann, a director for the Humane Animal Welfare Society, who spoke at a news conference.

“It’s just a lot of comforting them and caring for them,” Tate-Techtmann said. “Every animal is different just like we are, so we are all going to react a little bit differently, but between our behavioral care as well as our medical care, I’m very confident we can make all of them comfortable.”

Tony Wasielewski, a deputy fire chief who responded to the wreckage, brought home one of the fur babies and named her CeeCee.

After the accident, veterinarians on staff at HAWS examined all of the dogs and sent 21 of them back to HAWS and the others to partner shelters.

The animal welfare organization also started a fundraising campaign on Facebook, where it has already raised more than $7,000 for “unforeseen medical and other costs that resulted from this incident.” 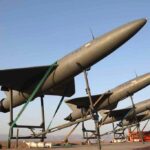 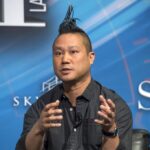