With just a Twitch, a Christmas feast went horribly wrong.

A home-alone Labrador retriever was scarfing down holiday cookies when she accidentally turned on a gas stove, sparking a fire that nearly destroyed a suburban Frisco, Texas home, video of the canine shenanigans shows.

Twitch, a silver lab, made her way into the kitchen through an open dog gate while her owner was at a relative’s house Christmas morning, Dallas’ Fox station reported.

The 3-year-old was feasting on the counter near the gas range — lapping up holiday sweets — when flames started spreading in the kitchen, video obtained by the station shows.

“She just pushed so perfectly and turned the stove on,” owner Megan Black said.

Black was alerted that fire alarms were going off and was able to see the blaze from her home surveillance system on her phone. She then quickly called her neighbor.

“Just broke down because my home was on fire,” the homeowner recounted through tears. “It was terrifying. The whole day was kind of a blur.”

Her neighbor rushed to help, taking Twitch and a second pooch outside to safety. She then threw water on the flames, extinguishing the blaze before the fire department arrived.

The downstairs level of the suburban Dallas property was gutted in the fire, and the entire home had smoke damage. The family will be staying in a rental for around four-to-six months.

“I was never mad at her, never,” the forgiving dog mom said of Twitch.

A 10-year-old boxer named Asher was also in the house, and was unharmed in the ordeal. 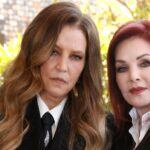 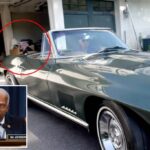