New beginnings? Now that Sister Wives star Kody Brown’s relationships with Christine Brown, Janelle Brown and Meri Brown are over – leaving him with just one life, Robyn Brown – many are wondering whether the TLC personality will begin courting someone new. Keep reading to find out if there’s a new sister wife, the future of Sister Wives and more.

‘Sister Wives’: Is There a New Sister Wife?

While it is unclear if there are any new potential sister wives on Kody’s radar, fans of the long-running reality series hope that the businessman will consider looking for love again – mostly for the sake of the show.

“And #kodybrown better get some new wives quick or #SisterWivesTLC is going to get #cancelled, no one wants to watch just Kody and Robyn, that would be the worst show ever,” one fan wrote on Twitter, while another added that the network “must [be] going to introduce new Sister Wives because this cast [thinking emoji] at this point makes no sense anymore. It’s over, so we need a new storyline. It’s becoming redundant with Kody.”

Another fan echoed similar sentiments, writing, “Will be interesting to see what TLC does since all 3 wives have left him. Can’t have a sister wives show with only one wife. Unless he brings in new ones, which reports say he’s looking.”

When Did Christine and Kody Separate?

Christine – who spiritually wed Kody in 1994 – was the first wife to leave the polygamous patriarch, announcing the news in an Instagram post in November 2021.

“After more than 25 years together, Kody and I have grown apart and I have made the difficult decision to leave,” the mom of six wrote. “We will continue to be a strong presence in each other’s lives as we parent our beautiful children and support our wonderful family. At this time, we ask for your grace and kindness as we navigate through this stage within our family”

Kody also confirmed the split on Twitter, writing in part, “Christine’s decision to leave comes with a great deal of sadness. We enjoyed many years together and I have a large amount of respect and adoration for her.”

In Touch exclusively broke the news on December 9, 2022, that Janelle and Kody went their separate ways after nearly 30 years of marriage.

“Janelle is a strong independent woman and realized she can do it on her own,” a source told In Touch at the time, noting the Plexus ambassador “outgrew him.”

When Did Kody Break Up With Meri?

Meri – Kody’s first wife whom he legally wed in 1990, divorced in 2014 but remained spiritually wed – confirmed the father of 18 ended their relationship after years of palpable tension while appearing on the Sister Wives: One on One tell-all episode that aired on December 18, 2022.

For his part, Kody said in a clip aired during Meri’s scene, “If she wanted to move on and marry another, she wouldn’t get an argument with me.”

Though it is unclear if Sister Wives will be canceled in the future, Christine shared in a November 2022 Instagram post that she was “finally filming” in her Salt Lake City home – likely referring to a forthcoming season 18 – hashtagging “Sister Wives” and “New Beginnings” in the caption.

Will There Be a ‘Sister Wives’ Spinoff?

While a Sister Wives spinoff has yet to be confirmed by TLC, fans of the reality series have been calling for Christine and Janelle – the former wives who have remained the closest – to get their own spinoff series now that they’re no longer with Kody.

“Cancel this show and give Janelle & Christine a show,” one Twitter user wrote, while another tagged TLC and added, “So is it time to cancel #SisterWivesTLC yet? The only reason ppl [people] tuned in are [sic] now gone. Nobody likes Robyn & Kody and honestly the show has run its course. Let’s have a Christine and Janelle after-Sister Wives show! They are the best!” 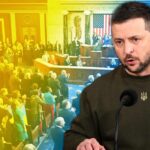 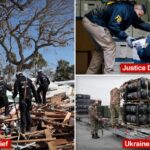 What’s in the $1.7 trillion spending bill Congress wants to pass this week